The name Resident Evil conjures up a lot of fond memories for most of us gamers. For me, it was my very first experience with the original PlayStation — as it was for many other people. This slowly paced and macabre series spearheaded a genre that exposed the medium as something that could actually invoke a specific emotion from players: pure f*ckin’ dread. So when the different, however much-praised Resident Evil 4 was release in all its action-packed glory, fans of the series split into two categories: The first loved the change, and thought it breathed new life into a franchise they were slowly growing distant with. The second enjoyed the game for the same reasons, but also felt the original identity of this beloved franchise (and genre) had been lost in the crowd of mainstream appeal.

So now we’re facing the release of Resident Evil: Operation Raccoon City, a game that makes no excuses for what it is — quick and chaotic to the very end. I had the chance to sit down and play it amidst numerous other outlets and publications, and although my reaction to the game was exactly how I’d predicted, everyone else’s was not.

It seems that more and more people are beginning to miss those good ol’ days when ammo didn’t come by the bucket-load and one zombie was actually considered a legitimate threat. 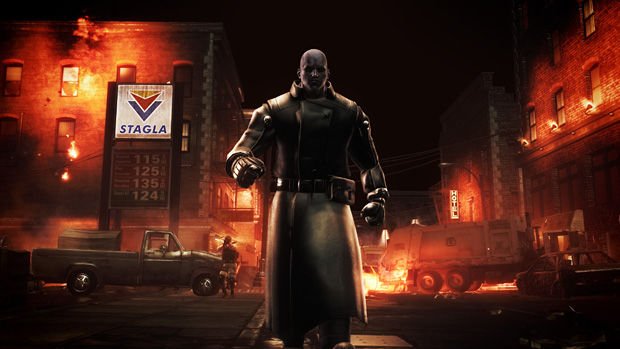 It’s all over the place. From the start of each mode, you’re thrust into the middle of zombie-infested locales — streets, labs, random complexes. Of the three modes I played, the brainless baddies were never the main focus, but more of an obstacle in between main objectives. I won’t lie, gunning down an enemy opponent while he’s occupied with a group of flesh-eaters is very, very satisfying … not to mention incredibly messed up.

The zombies were insignificant compared to the real threats during each round, dropped from the sky via Umbrella Inc. helicopters. Deathly fast Hunters and even the infamous Tyrant (Type T-103) make their way into the fray. Let me tell you, the moment that big overcoat-wearing brute appeared, it didn’t matter what team you were on; everyone laid every last round they had into him until he went down like a sack of potatoes…then they started shooting each other again. Not only did seeing these gigantic B.O.W.s bring back some fond memories, they also changed the gameplay dynamic significantly. Once this game is released, I can tell that plenty of people are going to take advantage of others during such moments.

The modes themselves were a mix of stuff you can find in any shooter these days, just with a dash of Resident Evil flavor. A capture-the-flag variant known as “Biohazard” (creative, I know) has players collecting different samples of the G-Virus and transporting them to designated points. In “Survivors,” you have to … survive, fighting off hordes of zombies and B.O.W.s until a rescue helicopter arrives. “Heroes Mode” is basically the expected team deathmatch, however with iconic Resident Evil characters (Leon, Claire, Jill, etc.).

Nothing about the multiplayer features that I saw really stood out to me, but the gameplay is indeed fun and engaging. Anyone who has enjoyed the over-the-shoulder shooting introduced in Resident Evil 4 will certainly enjoy Operation Raccoon City. Also, if you’ve dreamed about playing as S.T.A.R.S. or Umbrella forces, then this really is your game. 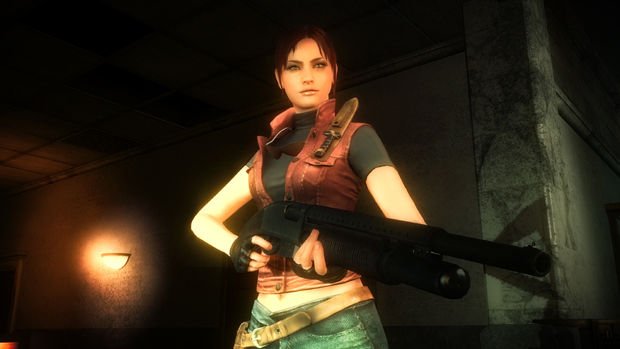 Resident Evil: Operation Raccoon City is indeed fun. Then again, a lot of games are “fun” these days. It’s difficult to pick up one of these action-packed games of the series and then put it back down, but for the sake of pure adrenaline-inducing fun, we’ve sacrificed the one thing that made the series a gem: horror. These games just aren’t scary anymore, and while one can find tension aplenty in Operation Raccoon City, a large distinction can be made between “What’s around that corner?” and “Holy sh*t, lots of things are running at me from around that corner!”

Within the small room where Operation Raccoon City was presented, I had the chance to mingle and chat with fellow press members about their impressions of the game. A fellow Destructoid lackey (who shall remain Max Scoville) said to me, “The game has become so convoluted over the years. I lost track of what’s going on a long time ago.” I couldn’t agree more. Since Umbrella was eighty-sixed from the series’ canon, I don’t really know or care about what’s happening. I asked others at the demo if they knew who the new “evil company” was in the series now, and they just shrugged. I looked it up; they’re called Tricell. Yeah, f*ck if I know who they are too.

An associate of mine, Vincent Ingenito from totalplaystation.com, mentioned that he was never too thrilled about the series’ changes. “It was one of the few games that really had its own identity,” he said. “Not many games really took from it directly. Now we have a plethora of over-the-shoulder action shooters, so [Resident Evil] has become just another game in the pile.” These were pretty profound words coming from someone who actually liked the game.

Pretty much everyone I spoke with at the demo made similar comments. People’s feelings towards this franchise are an odd case; they enjoy the games and find them fun, however they can’t get over the fact that they just aren’t the same … sort of like the Star Wars prequels, but less zombies on screen. 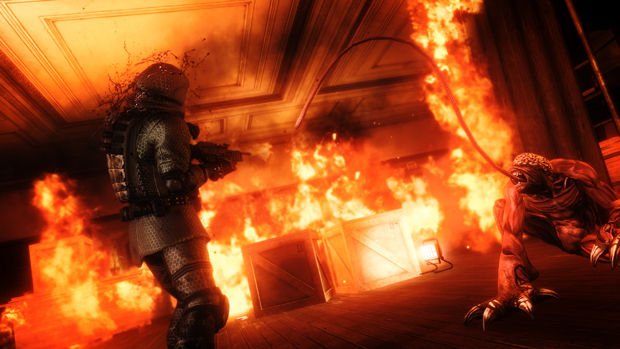 Dawn of the dying genre?

Really, it’s tough to argue that survival horror has lost the popularity it once had. Oh, the appeal is still there, as plenty of horror titles make their way into homes, but the genre has definitely lost some steam. If anything, the life of horror titles is a bipolar one — full of ups and downs, highs and lows.

Resident Evil: Operation Raccoon City is a prime example of some of the lengths that a publisher will go to keep a sinking franchise afloat. This isn’t a really a full Resident Evil game, to be honest, but rather a half of one. If you feel like taking a trip down memory lane, then you really can’t go wrong with this game. It’s got Umbrella, S.T.A.R.S. members, Raccoon City, Tyrants, the G-virus, and numerous other pieces of Resident Evil flare.

If you feel like being terrified, then look elsewhere. Games like these that allow you to karate chop zombies just don’t have that. Still, if you don’t give a damn and crave more non-stop action, then be sure to keep tabs on this one.