One of my fondest memories playing video games is my time with the original Silent Hill. I may be dating myself, but in a time before Skype and other Internet communication tools, the only way to share a video game experience with a friend over a long distance was by picking up a phone, tilting your head at an awkward angle, and hoping that the phone didn’t slip.

This is how I played through Konami’s survival horror classic and, to be honest, I’m not even sure I would have made it to the credits without the comfort of knowing my buddy was on the other end of the line, cowering through all the same psychological thrills I was.

Silent Hill: Downpour is Konami’s latest attempt at reviving the surreal feeling their series was once known for. Let’s face it: the franchise has been off its stride with its past iterations, but after getting some hands-on with Downpour I think I might just need to play this one with a friend on the other end of my headset. 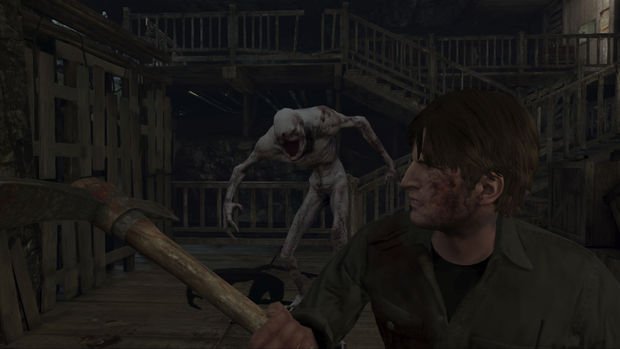 Back in early December, I had the chance to play through roughly the first two hours of Downpour. The game opens with a very shocking scenario that hints Murphy Pendelton’s character. His past is shrouded in mystery much like the iconic town of Silent Hill, and with that developer Vatra hopes to recreate the nostalgic feeling of past entries. It’s a tall order, but if the sheer eeriness that the game evokes — especially after the first blood curdling cry is heard — is any indication, Downpour is set to deliver a genuinely fright filled adventure.

“For awhile we’ve been looking for ways to expand the audience,” Tomm Hulett, the senior associate producer, explained to me. “You can’t just sell a game to the same X amount of people over and over again.”

“On Downpour we wanted to stick more closely to the formula of the old games, and combat is maybe 30 percent of the game and atmosphere and exploring is the other 70 percent,” Hulett continued. “You could fight monsters or you could run from them; it’s up to you. We really wanted to do that instead of trying to change what Silent Hill was.” 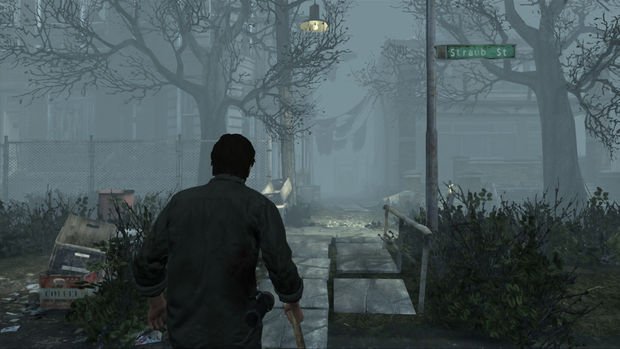 After making my way past the intro and most of the E3 demo section, I found myself in the forsaken town of Silent Hill. As I walked the streets, the game began to open up from its mainly linear beginnings. The sense of freedom, as i tried to come to grips with the typical insanity that befalls those who enter the cursed city, really gave me that old explorative feeling that the series had moved away from in Homecoming.

Enemies are as twisted as one would expect, but as in Homecoming, are more easily dealt with than in earlier games thanks to a better balanced fighting system. With a more refined weapon system that limits players to only equipping weapons they can carry, there is a greater sense of urgency to make sure the best weapon is used for whatever traumatic experience rears its ugly little head. 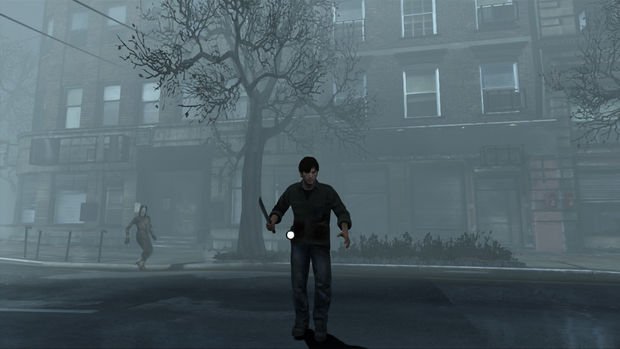 “We did make the combat easier to control and more fun to play,” Hulett said. “So when you are fighting creatures it feels better. You don’t feel like you are battling the game.”

“But keeping your weapons limited, you can’t feel empowered,’ Hulett added. “You can’t feel like you’ve got a shotgun in your pocket, and a flamethrower, and a knife because then you’re not scared. It’s important to feel vulnerable and if you screw up that thing is going to kill you. “

The constant threat of being swarmed by mutated monsters and the knowledge that my weapon could break at any time created a feeling of helplessness that has been missing in many recent games in the survival-horror genre as of late.

To compound this, the sense of despair created by the game’s dynamic weather system that brings sudden torrential downpours — hence the games subtitle — only makes things more chaotic. Water is the game’s hook and usually spells trouble for Murphy when it begins to spout out of control: enemies swarm in greater numbers in the rain, and while moving indoors provides temporary protection, it’s an unpredictable gambit — sometimes, what is inside is far worse 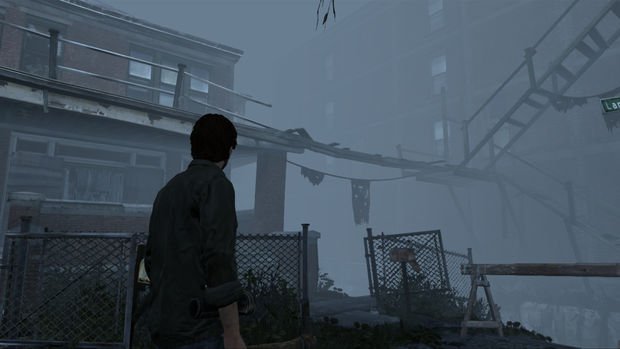 Ducking in and out of rundown buildings, creeks in the floor boards, and the bone chilling shrieks that come with the Silent Hill territory finally feel believable thanks to a more cinematic presentation. Environments are more than just empty settings and contain a sense of life that once was, but is now abandoned. There is a lot to see in Silent Hill and thanks to many side quests, players will have a chance to uncover even more about the town’s dark past throughout the story.

“The Silent Hill series has always been really story based and… about the characters,” Hulett said. “So it’s really about bringing that presentation up to the standard people are expecting.”

Perhaps this is made most evident by the crazy range of characters I met in my brief travels. While there still is a certain level of Silent Hill camp to be found, each character helps deliver a more vivid world as discussions with them shape the narrative — offering branching decisions that affect the outcome of the game’s multiple endings, Hulett told me. For example, a scene I came to early in my travels presented me with the choice of trying to save someone’s life. Would it benefit me to help them, or was this person someone who was going to cause me more trouble later? It was a tough decision. 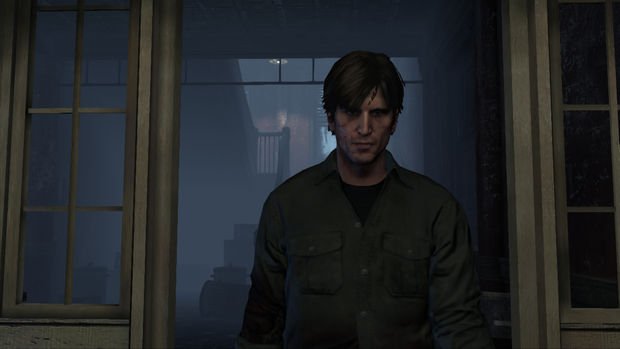 Story choices aren’t the only thing that can alter the path that Murphy ultimately travels. Playstyle plays just as important of a role in determining the grand scheme of things — so those who tend to be more aggressive will see things unfold differently from the player who tends to run and hide.

My time with Silent Hill: Downpour was quite satisfying. While the genre has evolved considerably since Konami’s survival horror franchise was last relevant, the level of exploration that made this series so sacred many years ago appears to be back. I went into Downpour with heavy pessimism, but after a few hours with the game I’m more than excited to see just how twisted Murphy’s dark journey through Silent Hill will be.