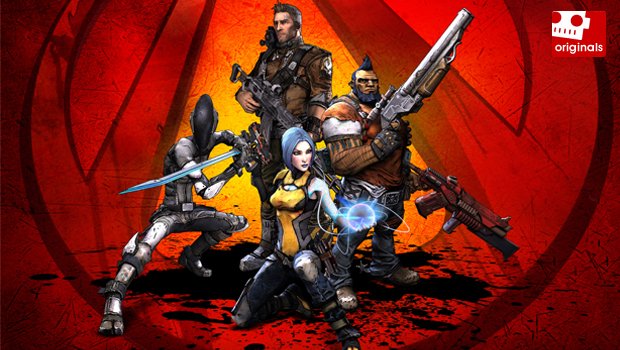 Electric skags, raging midgets, suicidal psychos, and that’s not even the half of it. There aren’t two ways about it: Pandora is one tough place that isn’t kind to new adventurers and you’re going to need all the help you can get.

I’ve seen chatter among other critics that you can’t play certain parts of Borderlands 2 solo or that you need to spend extensive time leveling. I’m standing right here as living proof — minus a limb or two and a very damaged ego — that you can get through the game’s story missions solo without leaning on others or grinding. Regardless of how you approach the game or what class you pick, these spoiler-free beginner tips should come in handy.

Elemental damage is your friend

I know that sniper rifle which deals twice the damage of your current one is tempting, but trust me when I say that it’s not going to get you very far if it doesn’t have some drastic elemental damage attached.  Instead of comparing damage, I often found it more useful to compare the selling price of each gun. After all, who knows these guns better than the developers that put an objective price on each one?

If you’re going to get through the final leg of the game solo without tearing your eyes out with a spoon, you’re going to want a good long-range weapon that deals slag damage. Even though my sniper was level 18, the slag effect it dealt on level 32 enemies let me deal significantly more damage than my other weapons. That’s the nature of slag. You’re going to want to lean on this ability hard, but it won’t get you past the bosses and larger enemies like the fun-crushing constructors.

The first thing you’re going to want to do with your erudite in Sanctuary is expand your inventory slots. This will make it easier to carry more weapons. It’s always good practice to have one of each weapon in your inventory, even if you only ever use the RPG in boss fights and the machine guns not at all. In those desperate moments when you run out of ammo for your main guns, you’ll be thankful that you packed some backups.

The same applies to class mods and artifacts that give you increased ability with specific weapons or effects. When you know you are going to be sniping and shooting rockets at a boss for some time, it’s always smart to equip items that will give you buffs with these weapons.

Show mercy to the meek

If you’ve played the first Borderlands than you likely already have this tip ingrained in your memory, but here’s a reminder and lesson to the rest: Always leave a weak foe alive and near you during a tough fight.

Borderlands 2 shows the player mercy by giving you a second chance at life, as long as you kill an enemy while you are bleeding out on the ground. I’ve had a couple rare scenarios where I defeated a strong foe and even a boss in this state, but you generally want to put your crosshairs on the weakest, closest foe in the room. Even if this means being subject to them damaging you during a fight, it’s often worth it because you’ll regain your health after second wind is over.

There ain’t no shame in this game. Boss fights often throw weak enemies at you, suggesting that this is the way the game is meant to be played. So make friends with that sad, pathetic little skag gnawing on your leg. He may just save your life after you let him kill you first.

I can’t think of another first-person shooter with a jump as satisfyingly floaty as Borderlands. The game invites the player to jump like an idiot and try to reach tricky spots, as if they are playing Mirror’s Edge. A lot of times you’ll find a great sniping spot, but sometimes you’ll find a box with some of the best weapons in the game hidden away.

As a general rule of thumb, try to get to every roof and faraway spot you can. If you think it’s possible, then it likely is. After taking some epic Crackdown-worthy leaps of faith, you may just find your new favorite shotgun. You’ll also want to keep an eye out for treasure locked away by an electric fence. There is often a way to power it off nearby. You can even follow wires to the source sometimes. It pays to be aware and adventurous in Borderlands.

So much of Borderlands 2 will come down to way you build your character and the loot you come across. Some areas that are easy for one player may contain the largest difficulty spike in the game for another. That’s the beauty of Borderlands: It’s not always fair but it’s at least always fun.

If you follow the above tips, you’ll do better than the rest and have a fair chance at beating the game in under 30 hours without relying on others to carry the weight.