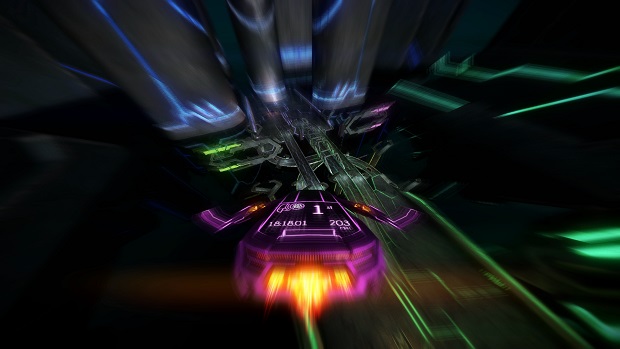 They had me at self-regenerating, bifurcated cars

Seattle-based independent games studio Refract’s experimental survival racer Distance will be coming to Steam Early Access this fall as an open beta. Until now, access to the futuristic arcade racer has been limited to a private beta, available only to the game’s Kickstarter backers.

The private beta currently features a brief single-player campaign, as well as additional split-screen and online multiplayer modes such as Sprint, Reverse Tag, Stunt, and Soccer. Also included is a powerful level editor that’s connected to the Steam Workshop.

As of this week, there are one hundred user-created levels published on Distance’s Steam Workshop page. I really like when games include a competent editor. The community can keep a game going years after the developers stop work on it.

If you’re interested in getting in on the public beta, you can pre-order it here.

Distance is currently planned for release on PC, Linux, and Mac with a release date coming in the next few weeks.