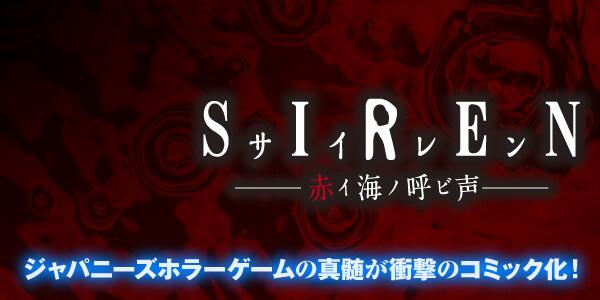 Remember the horror game Siren? It saw mixed reviews, but I thought the game was badass. I was thrilled to see this Destructoid Community Blog from Revuhlooshun on how great the game was. This game is still one of the best examples ever of how successful fu*king with the player’s mind can be. If you’ve somehow missed it, please go check it out!

Siren is getting a manga adaptation to commemorate the series’ tenth anniversary. Sony Japan announced via Twitter that Siren: The Call of the Red Sea will be drawn by Wataru Kamio.

According to Gematsu, the story will be overseen by director Keiichiro Toyama and scenario writer Naoko Sato. Game staffers will have editorial control over Kamio’s work.

The manga will this year in quarterly manga magazine Shin Mimibukuro Atmos.