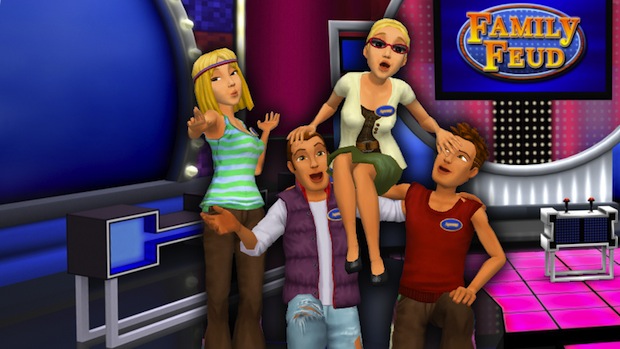 Developer Ludia is bringing the classic game show Family Feud to PlayStation Network today as a downloadable title, and not a minute too late. I was about to pawn my PlayStation 3 for board game money!

It’s basically what it sounds like it is, a digital recreation of the television show which has contestants guessing survey results in teams, generally with their families. Family Feud on PSN offers two multiplayer modes, both offline and online. Or you can play alone, if you’re a sad, sad person.

True story about the Wii version of Family Feud (published by Ubisoft and also developed Ludia), which my wife and I were recently playing. One of the surveys involved “Jobs where it doesn’t matter if you’re ugly.” My wife’s first (and completely inappropriate and tasteless) guess? “Rapist.”