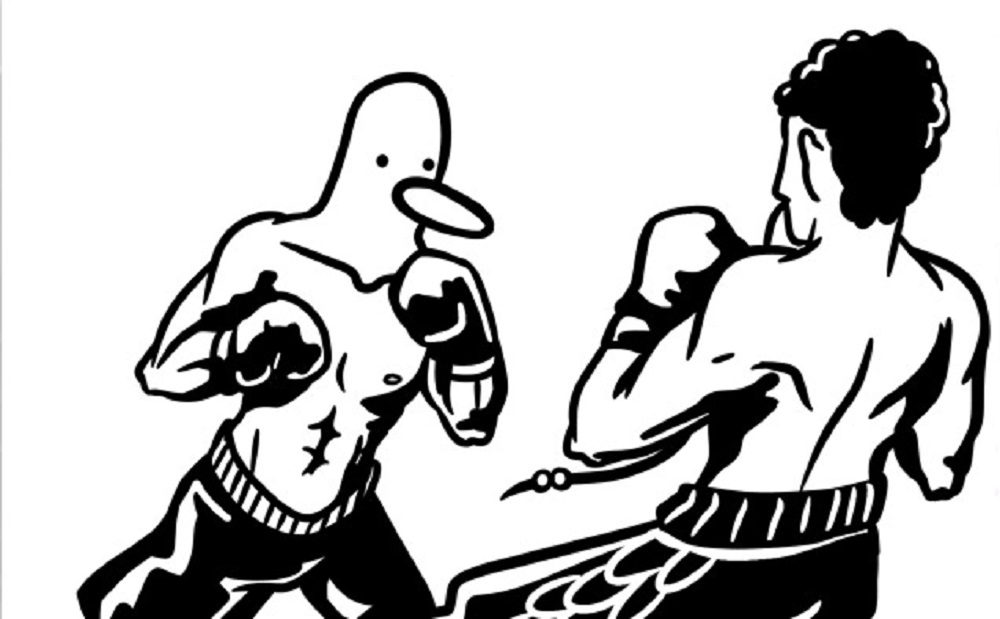 Mexican developers Bromio have announced the Punch-Out!!-inspired Pato Box, that features a duck/human hybrid pugilist on a quest for personal revenge, is coming to Nintendo Switch.

After being betrayed by his sponsor, Deathflock, World Champion Patobox, a man with the head of a duck, dons his gloves and sets about destroying the infrastructure of the corporation, taking down its fighters and dodging hazards as he journeys into  the sponsor’s labyrinthine headquarters. I’ll give you a moment to take this in…

The game features comic-book, black and white imagery and pattern-learning mechanics familiar to anyone who has played Nintendo’s Punch-Out!! titles. Players will guide Patobox through the Deathflock building, taking down bosses and defeating mini-games, all while learning the backstory behind the mallard-mauler’s betrayal via interactive cut-scenes.

Originating on Steam Greenlight, Pato Box was previously announced for PC and PS Vita, and is now has confirmed for Nintendo Switch, while there is no specific date for release, the game is scheduled to arrive sometime in 2018. A demo is available on the game’s official website.