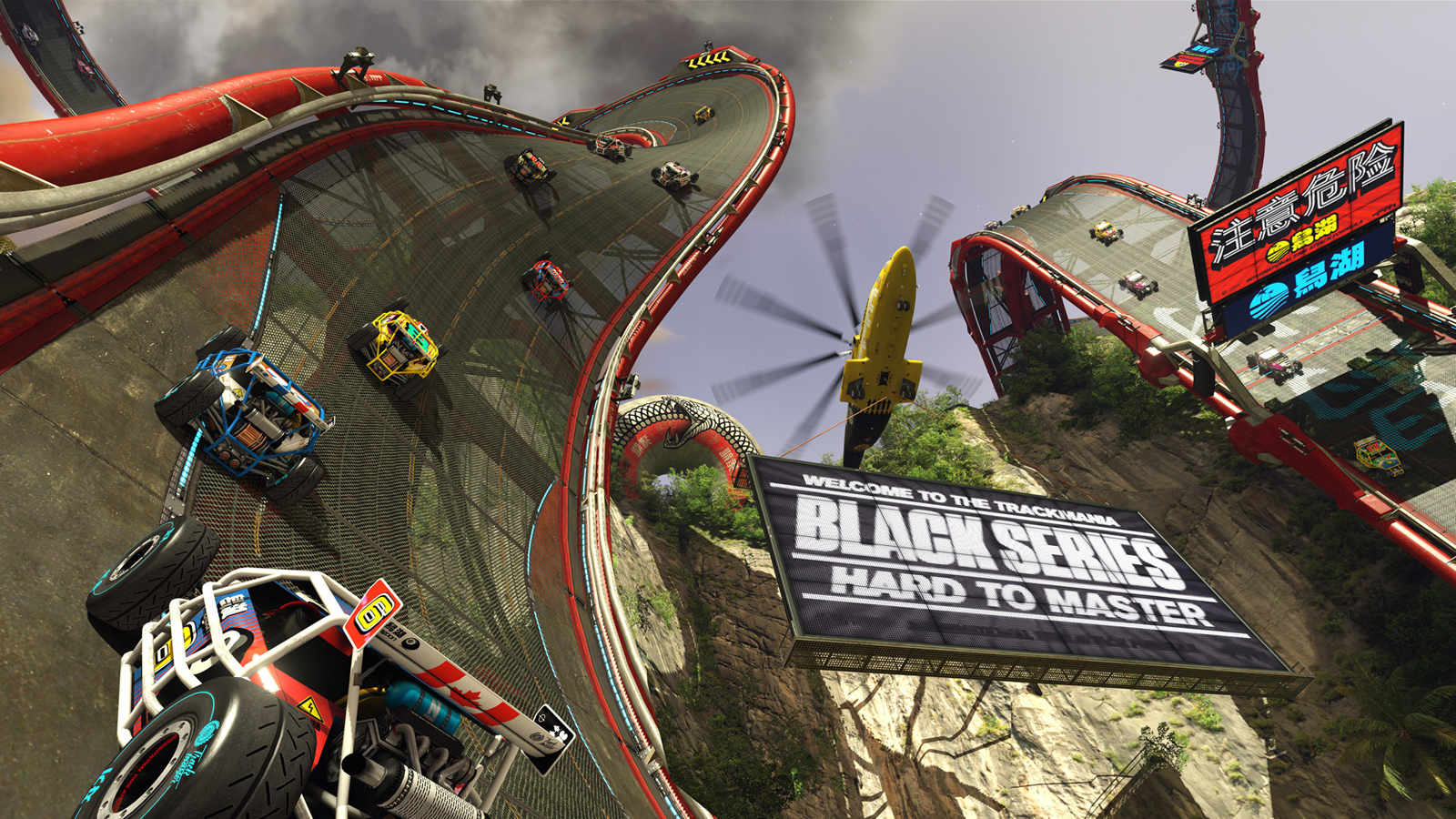 Ever since Nadeo announced VR support for its twitchy arcade racer TrackMania Turbo, I’ve been anxious about how that might work and whether I’d be able to handle it without getting nauseous. The game is full of impossibly large jumps, wall drifting, and coaster-like magnetic tracks, after all. That sounds like a recipe for sickness on paper, and in the wrong hands, it certainly would be.

The free virtual reality update is available today on PC (HTC Vive, Oculus Rift) and PS4 (PlayStation VR). I tested out the latter version, and despite the aforementioned craziness inherent to TrackMania‘s level design, I didn’t feel any discomfort. That’s a pleasant surprise, to put it mildly.

This is what TrackMania Turbo looks like in VR — minus the depth and immersion inherent to the technology, of course. I took this screenshot while looking straight ahead in real life.

It’s a little hard to put into words how the “camera” (so to speak) works when you’re playing in VR, but it’s positioned high up and almost feels like it’s on-rails or at least guided, to some extent. Meanwhile, you still have free control of your vehicle as you normally would. You can look up, down, or even peer behind you, but when you’re making sharp zigzagging turns, for instance, the camera tends to stay more centered rather than follow each individual bend left and right. It isn’t glued to the top of the car at all times, in other words. That’s a big part of why I didn’t experience any discomfort. For as intentionally twitchy as the car handling is in TrackMania, this approach feels completely smooth.

Certain sections will seamlessly put you in and out of a first-person cockpit view when, for example, you’re riding sideways on walls, going under obstacles, or driving upside down on one of the magnetic tracks. None of this stuff made me sick, but it can prove tricky. During some of these sequences, the camera is so tight that you might have to tilt your head straight up to see the path in front of you. Given how low to the ground your car is, though, it makes sense that it would be this way.

There are 40 VR-specific levels split up evenly between the game’s four environments, and most of them are easy and quick to get through. I was earning gold medals on my first try more often than not, and I’m not some TrackMania expert by any means. As an update, this is plenty of content, and I’m thankful for it, but I’d love to see more levels and camera options. I’d even pay for that!

According to Ubisoft, TrackMania Turbo will support PlayStation 4 Pro in some capacity (details weren’t given) and there will also be a short demo for the VR mode on Steam and PlayStation Network.