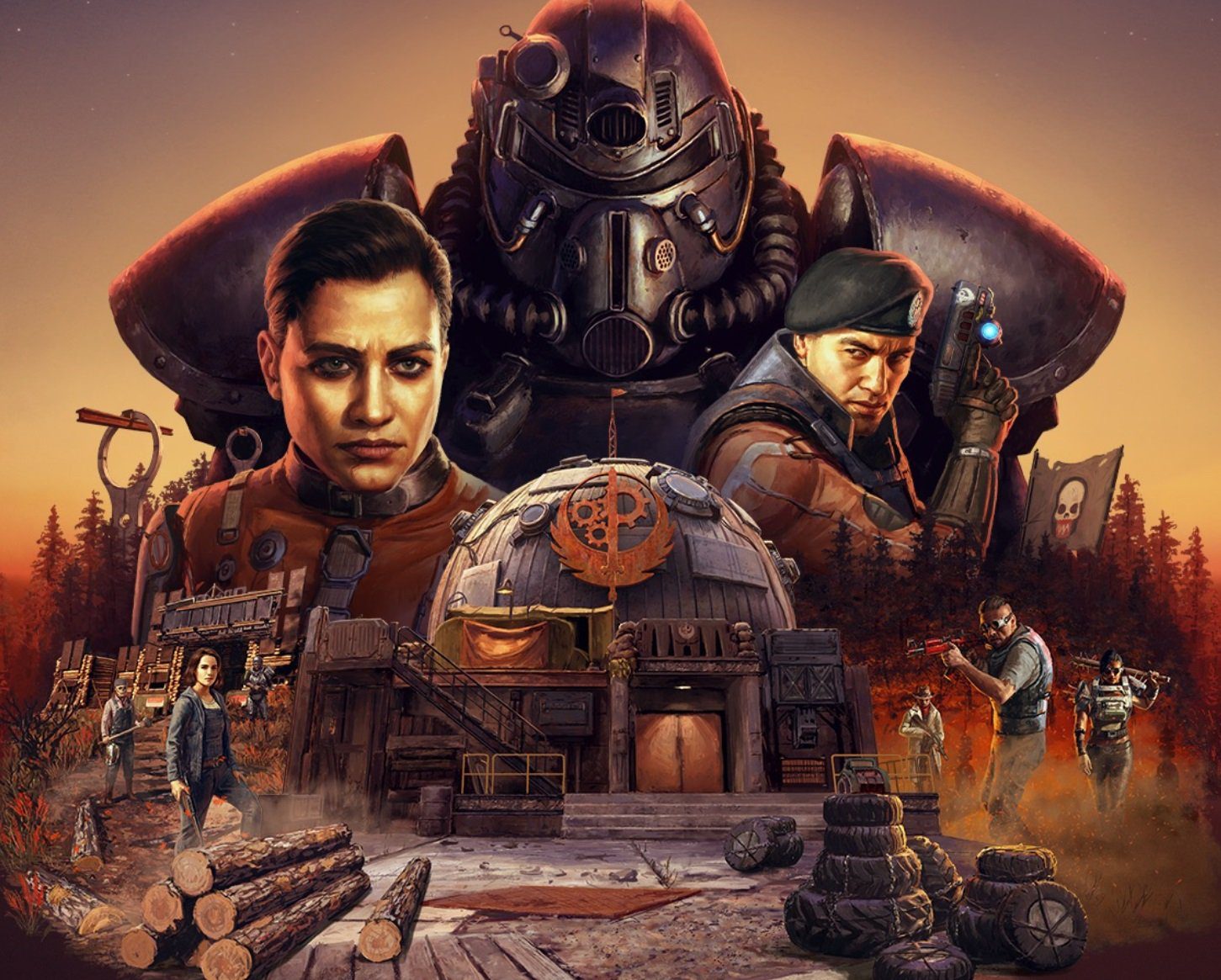 Private Worlds are coming in the fall, and Tales from the Stars is due later in the year

It’s that time again: when we learn a little more about what Fallout 76 has in store for us. This time, it’s a roadmap edition!

Bethesda is ready to unveil grander, more long-term plans for Fallout 76, and they confirm that the game will be updated at least throughout the end of the year. That’s kind of big news on its own, as Bethesda hasn’t given up on this game after nearly three years. In November, when the winter “Tales from the Stars” update hits, it’ll have been the game’s third anniversary.

Speaking of, stuff is on the way. In the spring we’re getting “Locked and Loaded,” an update that adds CAMP and SPECIAL slots, as well as a few new mechanics. This is the highly touted upcoming addition that Bethesda has been hyping up these past few months. Then in the summer, Steel Reign Part 2 is coming, with legendary crafting and legendary power armor; on top of unlimited seasonal ranks. It’s a system several season passes have been toying with for years now to keep people playing and ranking up.

In the fall private worlds will be implemented into the game, as well as a daily ops (dailies) expansion (the second in total). But the winter is when the big guns hit, as the graphic hints of alien involvement, “new legends,” four-star legendaries, a seasonal event, and the “invaders from beyond” public challenge and daily ops “surprises.”

Bethesda is being very mum on private worlds, no doubt because they want to get the messaging right in this extremely badly-rolled-out games as a service campaign. To that end, we might get a few vague answers as early as tomorrow, as the team is holding an AMA on Reddit at 11:30AM ET on the Fallout 76 subreddit. 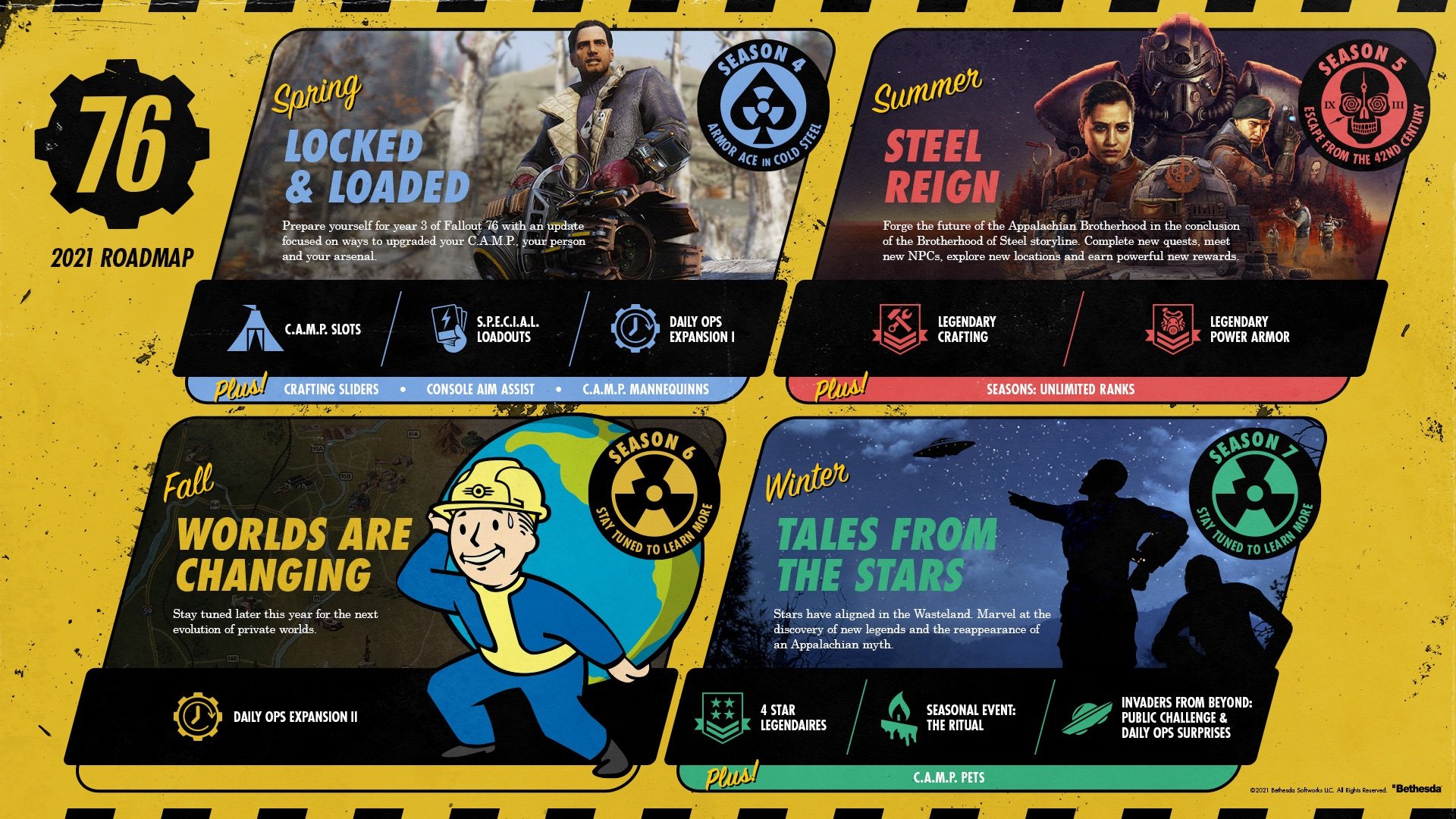