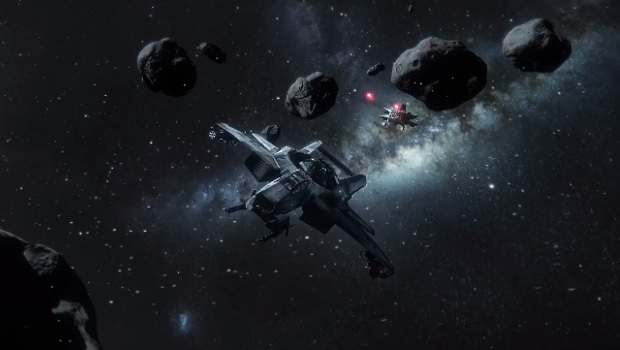 Where will it end, people?

Got the weirdest case of deja vu… I had this feeling I was reporting on how the ambitious space sim title Star Citizen had broken another benchmark for crowd funding. A few weeks ago we mentioned how eager fans had already pledged $27 million to Chris Roberts’ new project; now we’ve learned that Star Citizen has broken the $30 million mark.

Now that funding has broken the latest goal, the reward for players will be an Origin 890 Jump, described as “an interstellar yacht” which makes my mind think of one of those massive ships you see Russian oligarchs lollygagging around on, with a hot tub and things like that. Only in space. Which is way cooler.

Now the vote is on to see what kind of ship fans want to see once Star Citizen hits $32 million mark and let’s face it, that is likely considering the money train doesn’t seem to want to stop anytime soon (when I last checked, the current funding total was just shy of $31 million). One topic that’s come up in the virtual Destructoid office is “Who keeps pledging money to this game?” I haven’t myself due to a combination of restraint and a lack of disposable income. I’m really keen to play Star Citizen and see it developed into a full game but surely that guaranteed to happen now, right?