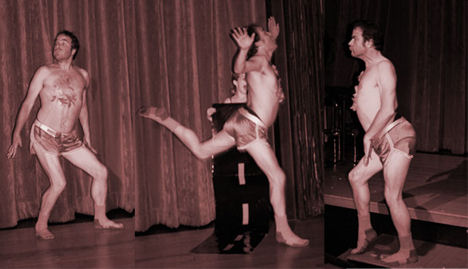 Wow, who could have seen that one coming, huh? Some UK-based publishers have called for an end to the “price wars” currently being waged by retailers in the run up to Christmas, warning that it could do more harm than good in the long run. Prices are being slashed left and right, and games industry folks don’t like it.

“Price cuts in an industry which shines above the gloom can only be the strategy of those concerned that their mode of delivery to the consumer is facing threats, and they are doing their best to accelerate their own demise,” warns Codemasters CEO Rod Cousens.

UK supermarket chain Morrisons recently ran a stunning promotion where it was selling brand new releases at some ridiculous prices. This is something that Sega’s UK wing has frowned upon. “We have seen the loss-leading activities that Morrisons ran before, and it is not something that Sega would encourage,” states Sega’s UK MD Alan Pritchard. “Development costs are not getting cheaper so it is important for retailers to sustain full SRP points.”

Activision’s UK MD Andrew Brown has joined Sega and Codemasters in urging retailers onto another path, suggesting that they should “drive growth by developing improved in-store solutions, rather than forcing the prices down.”

Regardless of what the publishers say, retailers are firm on their position that price cuts are the answer. Asda software buyer Andy McFie states only that he feels his company is “offering great value” to its customers with the lowered game prices, and suggested that further price slashes would come due to the competitive nature of the retail business.

Dominant specialist retailer GAME has also weighed in, re-affirming that lowered prices were here to stay. “The UK games market is very competitive and has been for years,” states a GAME rep. “We remain focused on our offer and are confident in our proposition.”

As for Woolworths, a store which has recently started selling all chart DVDs for under £10, it was incredibly blunt in its answer to this issue: “We are always looking to cut prices on our games.”

This is a thorny issue, and not as clear-cut as we may think. While the obvious route as consumers is to accuse publishers of being greedy while we revel in our cheap games, there is a kernel of truth in some of the warnings. Devaluation has the potential for long-term affects on the industry and the economy in general, even if we enjoy our savings in the short term.

Does that mean the publishers aren’t being self-serving, or that games aren’t ridiculously expensive? Hardly. But just because they’re looking after number one, it doesn’t mean that their words shouldn’t be taken into consideration in this circumstance.