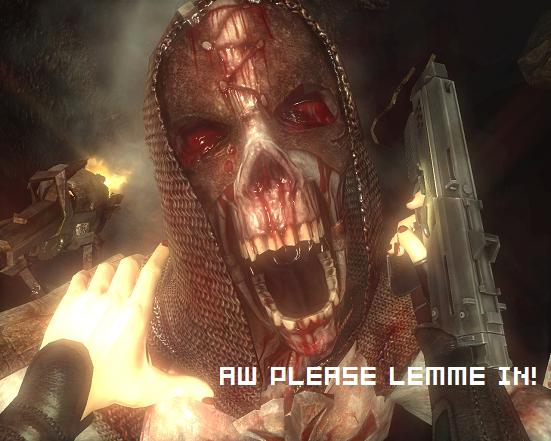 In a move which has stunned the entire population of those who have actually been living under a rock for the last ten years, – incidentally a proud people who are sick to death of being reduced to a semi-humorous cliche in the eyes of the rest of the world – Germany’s notoriously draconian media classification board has refused Clive Barker’s Jericho a rating.

The ruling by the USK states means that the the game can’t be sold to minors, sold online, advertised, or displayed in stores. Add to that the fact that neither Sony nor Microsoft will back a game in the country without a USK rating, and it means that to all intents and purposes the console versions of the game have been banned, with only the PC edition available, if indeed it can be found. Just as well that Germany’s right in the middle of a whole array of mainland European countries with more measured ratings systems and good transport and postal services really, isn’t it?

In the meantime, you can find out exactly why Germany has such a problem with Jericho through the demo which is released this week. The PC version is available from Wednesday, with the Xbox 360 and PlayStation 3 versions due the day after. The EU PS3 demo is however, delayed until October the 4th. German sabotage is so far unproven.