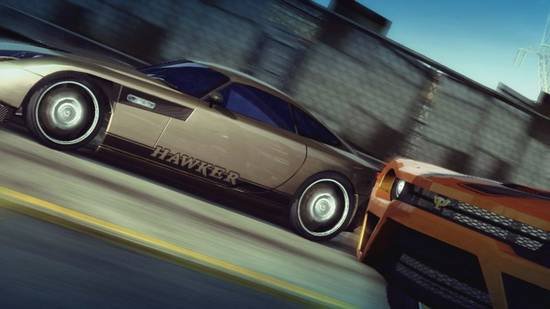 Well here’s an interesting and pleasant surprise: Criterion Games has announced that it will be bringing Burnout Paradise — yes, the entire game — to PlayStation Network for download at a price point of $29.99 this fall.

There’s not much more to say other than “wow.” If anything, this certainly proves that Sony are most definitely willing to make PSN a viable platform for digital delivery of what would normally be considered full retail titles. I know many of you prefer the feel of a box in your hands or the papercuts that come with an instruction manual. But many people — myself included — are looking for ways to cut down on clutter, and digital distribution on this level is an interesting step.

I personally loved Burnout Paradise, giving the game a solid 8.5 out of 10 in our Destructoid review when the game’s launch. Since then a number of free-to-download improvements have been made to the game, including new vehicles, challenges, and more.

Criterion are promising to continue supporting the game on both Xbox 360 and PlayStation 3; later this year, they’ll be adding Trophy support on Sony’s console as well as motocycle gameplay for both platforms.

Redwood City, CA – Aug 14, 2008 – Criterion Games, a studio of Electronic Arts Inc. (NASDAQ: ERTS) today announced that the Platinum-hit driving game Burnout™ Paradise will be available to download from the US PLAYSTATION®Network via the PLAYSTATION®Store for $29.99 this Fall. Winner of over 55 awards worldwide, the downloadable version of Burnout Paradise will incorporate all of the recent updates that Criterion Games has delivered directly to consumers.

Burnout Paradise offers hours of intense, high action driving in a stunning open-world that can be experienced both in single player and socially online with your friends — but the fun does not end there. Earlier this year, Criterion Games kicked off ‘The Year of Paradise’ at www.criteriongames.com. The Year of Paradise is a year-long direct-to-consumer program where Criterion Games regularly releases new game-changing downloadable content that is designed to evolve the game beyond its initial retail release. The first update is available now (August), free of charge* through the PLAYSTATION Network and Xbox LIVE® Marketplace, and includes three new game modes, new cars and 70 new multi-part challenges, extending the game with hours of new gameplay.  The download pack also introduces a live news page where players can track their game progress and find out news on upcoming online multiplayer events. More game-changing downloadable content is coming this Fall for Burnout Paradise, including trophy support and motorcycles free of charge* through the PLAYSTATION Network and Xbox LIVE Marketplace.

Fiona Sperry, Studio Manager for Criterion Games said, “Our mission at Criterion is to provide the most entertaining gaming service possible. In order to do that, it’s key that we have the ability to deliver content to players in ways that work for them – through quick and easy download or via traditional bricks and mortar. For us, the fun is in playing the game with friends and constantly discovering new surprises in the world. Download packs with meaningful new gameplay are the perfect way for us to keep entertaining fans and keep them playing, even months after launch.”