Most likely will not care

Activision’s in the fortuitous position with Call of Duty where the fanbase is so large that they haven’t all adopted current-gen consoles yet. But, that means it’s mostly obligated to keep releasing games on legacy systems. Not doing so would be leaving money on the table, and everyone balks at that.

So, a not great looking Black Ops III was made for PS3 and Xbox 360, where it’s lacking the graphical fidelity that other formats have. Also, it’s missing a single-player campaign — that’s a big one, too. Most won’t care about any of that as long as the thrill of competition is present.

Still, we get to gawk at the old version and say, commenting that it doesn’t look anywhere near as good as PC, PS4, and Xbox One as if that weren’t to be expected. That’s what we’re doing today courtesy of this comparison video. Again, it probably doesn’t matter much to people still playing on PS3 and Xbox 360.

Also, as you can see in this screenshot, armored combat vehicles get turned into vans with the downgrade. That’s a sad trade-off. 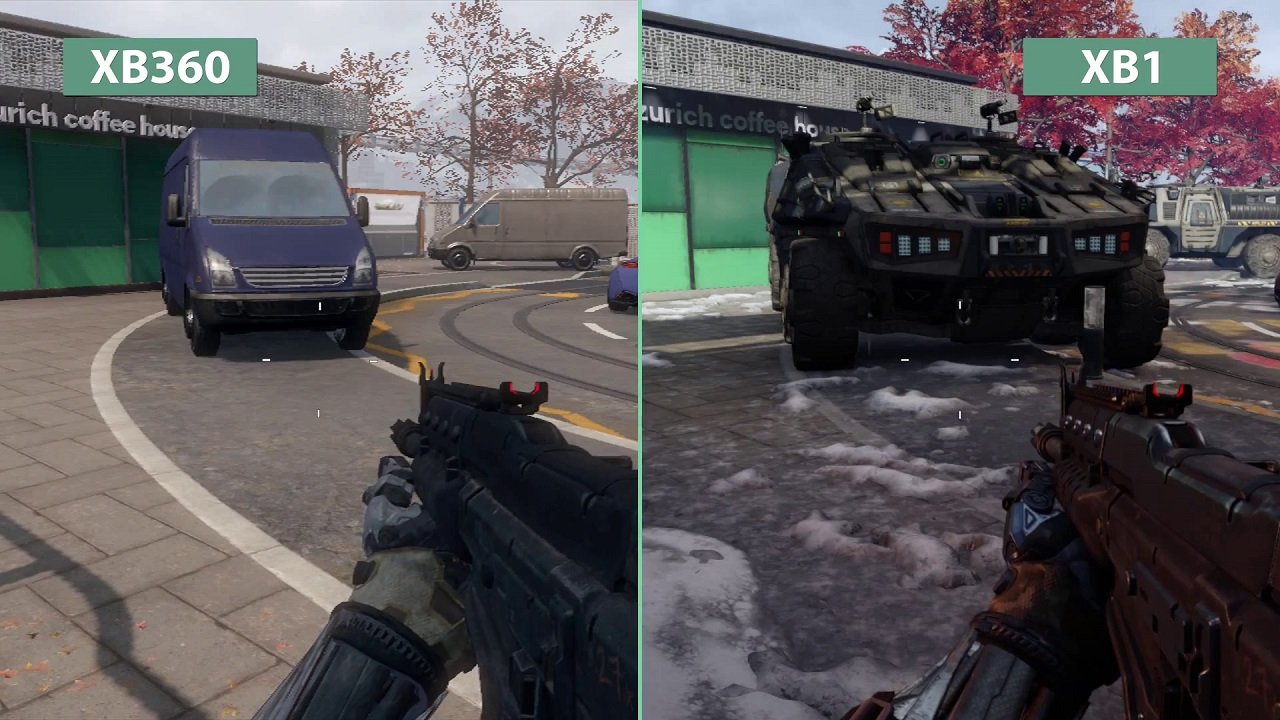