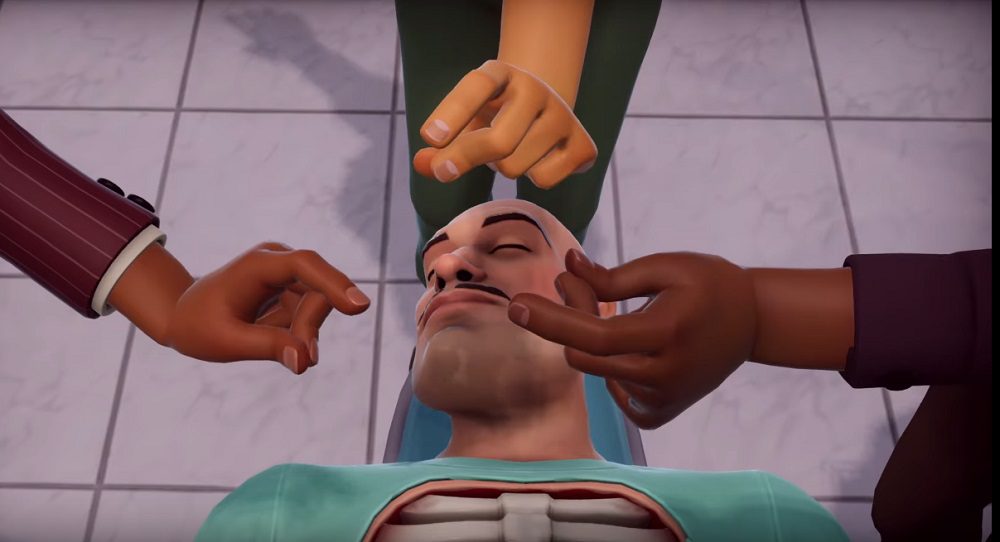 Anyone itching to get elbows-deep in viscera once again has only a scant month to wait. Bossa Studios’ has announced that the disgustingly delightful Surgeon Simulator will be making its Grand-Guignol return on August 27, launching on PC via Epic Games Store.

Surgeon Simulator 2 features all of the blood-soaked carnage that made the original 2013 release a huge indie smash, while adding a huge selection of new features including a deeper, fully-redesigned story mode, four-player co-op support (jeez, I can’t even imagine), and new surgeries, tools, and puzzles with which to earn your next medical malpractice lawsuit.

Of particular note is the workshop-style “Creation Mode”, which will offer budding Dr. Nicks and their pals the opportunity to create and share homegrown scenarios, sets, challenges, and physics-based mini-games. This goes beyond the realms of the operating table, as emphasised in the trailer above, which shows off a disco, a basketball court, and even a bowling alley. Curiouser and curiouser.

Surgeon Simulator 2 launches on PC via Epic Games Store August 27. Customers who pre-order the title will gain access to a closed beta, scheduled to run August 7-9.

Surgeon Simulator 2 is out at the end of August [Eurogamer]