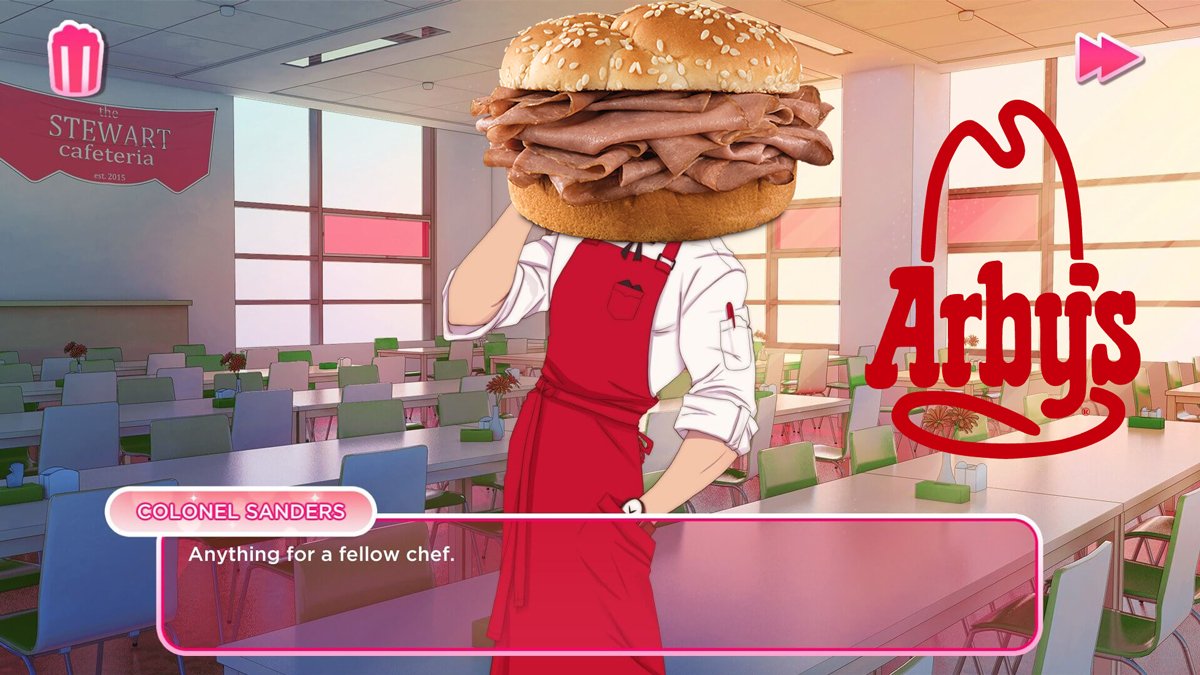 The video game industry isn’t a stranger to fast-food based games. I’m sure we all remember the Burger King Xbox 360 games from a decade ago, and before that chain restaurants like McDonald’s and Dominoes got in on the complete-lack-of-fun with M.C. Kids and Yo! Noid for the NES. Last week, KFC threw its hat in the ring with the announcement of a Colonel Sanders dating sim, a real game that will release later this month. But do we really want to date the Colonel? First of all, KFC is awful. Second, why settle for a chicken man when I think we’d all rather have an Arby’s dating sim. After all, Arby’s has the meats!

On this week’s episode, we cover fast food games, clowns, Daemon X Machina, FMV adventures, possessed women in the ’80s, Metro DLC, and gamer girl teeth. All that, plus a rave in your ass, on Podtoid Episode 415.

If you don’t have time to listen now, you can always subscribe. The show is only getting better and it’s our listeners who are giving us the strive to make this show the best it can be. If you want to subscribe, you can do so on iTunes, Google Play, Podbean, and Spotify. You can also check us out on YouTube if that’s how you like to listen.

Filed under... #New Adventures of Podtoid#Podcasts#PODTOID