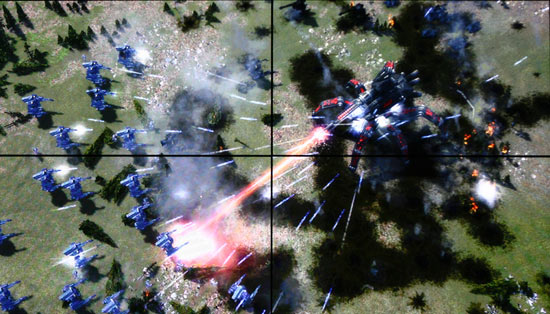 THQ announced earlier today that Supreme Commander: Forged Alliance is currently in the works for PC and will be released this November. It’s going to be a standalone title that is compatible with the original game, meaning new strategic options will be available.

But, Chris Taylor and the rest of guys at Gas Powered Games aren’t satisfied with making just another sequel — no, they have bigger plans in mind:

I tried my best to get into Supreme Commander, but for whatever reason, I was never able to. Could it be that I’m too used to playing real-time strategy games like Warcraft and Dawn of War? Or maybe I am just doing it wrong.

In any case, it’s sounding like if you enjoyed the original Supreme Commander, you’ll love the sequel just as much, if not more.

[Via Eurogamer, thanks PiKo]