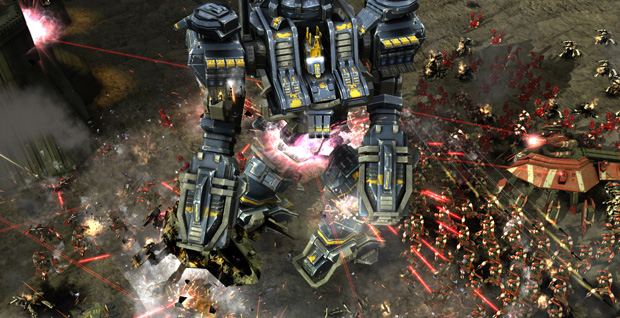 By the time I’m a withered old man, I expect to have 3D board games with battles that unfold similar to the scene presented in this Supreme Commander 2 image. It could be sorta like The Indian in the Cupboard, except with robots — these are the things I spend time thinking about on a daily basis.

Since Gas Powered Games is doing the Xbox 360 port in-house in addition to the PC version, unlike the first Supreme Commander, I think we can expect good things.

Well, considering how it’s an RTS on a console, maybe not “good things” necessarily, but certainly better things than last time when it launches this spring.

Make sure to look over the gallery, especially if you’re a fan of large-scale robot fights.