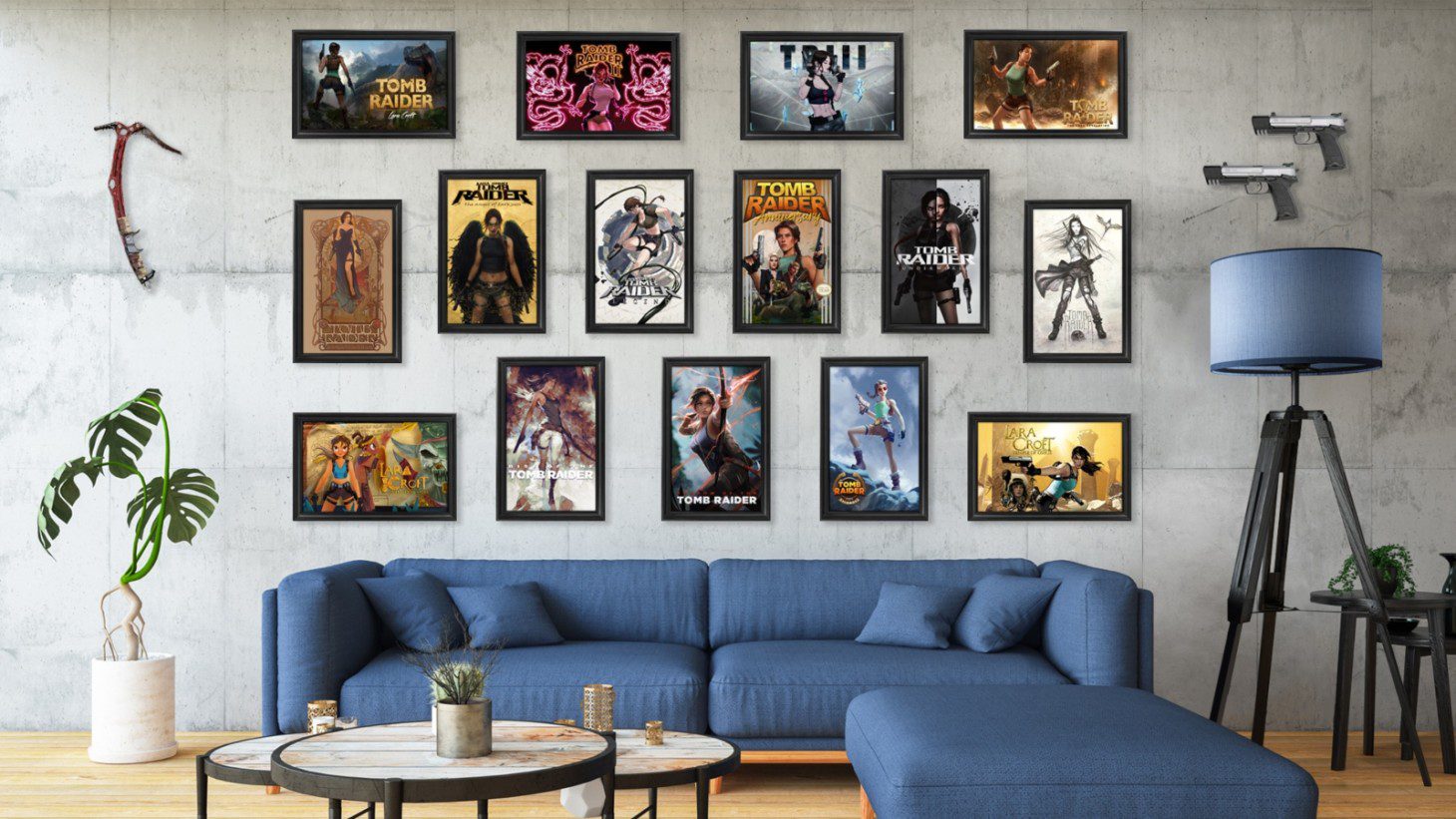 We all love celebrating the anniversaries of our favorite classic games — why not support the next generation of game designers in the process? In honor of Tomb Raider‘s 25th anniversary, Crystal Dynamics and Square Enix have partnered with a number of renowned artists to create a limited edition set of reimagined box art prints from the series. In addition to creating beautiful art to help fans commemorate the special occasion, 100% of proceeds from sales of the prints will go to Girls Make Games, a fundraising organization that encourages young girls to pursue careers in the gaming industry. Fifteen different artists contributed to the project, and all of their work can be seen in this gallery, where you can also download specially themed computer wallpapers.

These purchases are pre-orders, with the prints expected to ship sometime in April. Square Enix has also set up an official website where you can follow all of the festivities they have planned for the 25th anniversary.

Girls Make Games was established in 2014 by Laila Shabir and her husband as a summer camp for young girls who wanted to work in the games industry. Since, the organization has grown significantly, and now in addition to the summer camp holds game jams and coding workshops, and even releases information for parents and teachers to best help them prepare the young women in their lives for careers in games. Companies like Riot, BioWare, and Double Fine have hosted field trips for camp attendees, and in 2018 Google Play partnered with Girls Make Games to provide a scholarship prize for the winner of their game design competition.

I think this is a fantastic partnership to celebrate Tomb Raider‘s 25th anniversary, considering Lara Croft was one of the first female protagonists of a tentpole series in games. Girls Make Games has done and continues to do incredible work in making the video game industry a more welcoming, inclusive place, as well as celebrating women’s contributions to the titles we love.
[Featured Image Source: Game Informer]