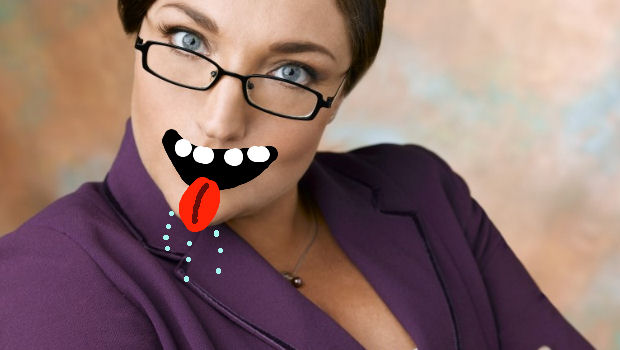 Jo “Supernanny” Frost has decided to join Noel Gallagher in using last week’s nationwide UK riots to blame those evil, evil videogames. Using the ever-disingenuous phrase, “research shows,” the savior of shitty parents everywhere has proven without a doubt that VIDEOGAMES DID THE RIOTS!

“I felt for a moment as if we had stumbled into a real-life violent video game of the kind that so many of those involved are addicted to,” she writes in her staggeringly arrogant column. “These horrific games where points are given for burning, shooting and killing, where the graphics are so realistic you believe that they’re real scenes of carnage, where those who play fantasise they have the power of life and death, are so brutal they completely desensitise anyone taking part.

“Research shows that within 15 minutes of playing one of these games young men become highly aggressive and lack empathy in normal situations. It is not too fanciful to suggest it’s a short step from being immersed in this war-like world to taking that nightmare mindset on to the streets with all the consequences of anarchy and violence we saw rip apart cities.”

Disturbingly, Frost suggests games should be “subject to censorship” (shudder) in order to save the nation’s kids. She also said that shopkeepers who sell violent games to kids should be fined, exposing just how ignorant she is of the subject … since UK shopkeepers already are fined for that. So yeah, she’s a bit of a f*cking idiot who should probably stick to exploitative reality TV shows, rather than columns where she uses the word “Toxic” three times in order to make herself sound dramatic.