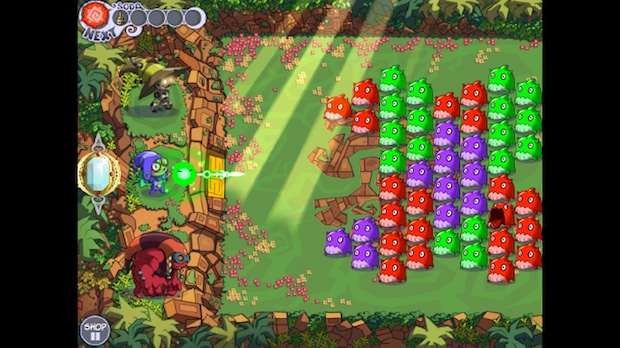 How have I missed this?

I somehow missed Supermagical last year. It came out on iOS and won some awards, and it’s about to see a PS Vita port, but somehow it never hit my desk. After seeing this new trailer for a PC and Mac version, I’m so in. It’s like classic puzzler Puzzle Bobble, but with a progression and power-ups — right up my alley.

Devs Super Awesome Hyper Dimensional Mega Team built a team around a lot of workers from other studios, like Team17, PopCap, Sony UK and others. They’re got a Steam Greenlight page for Supermagical up. You know what to do. Help get this game on Steam!

Super Awesome Hyper Dimensional Mega Team has also teased a new game project today. They say it’s coming to PC and consoles as they want to leave mobile development. Why?

They say: “We simply do not like where the mobile industry is going at the moment with the free to play model and the stupidly casual games.”

Moxie, I tell ya!