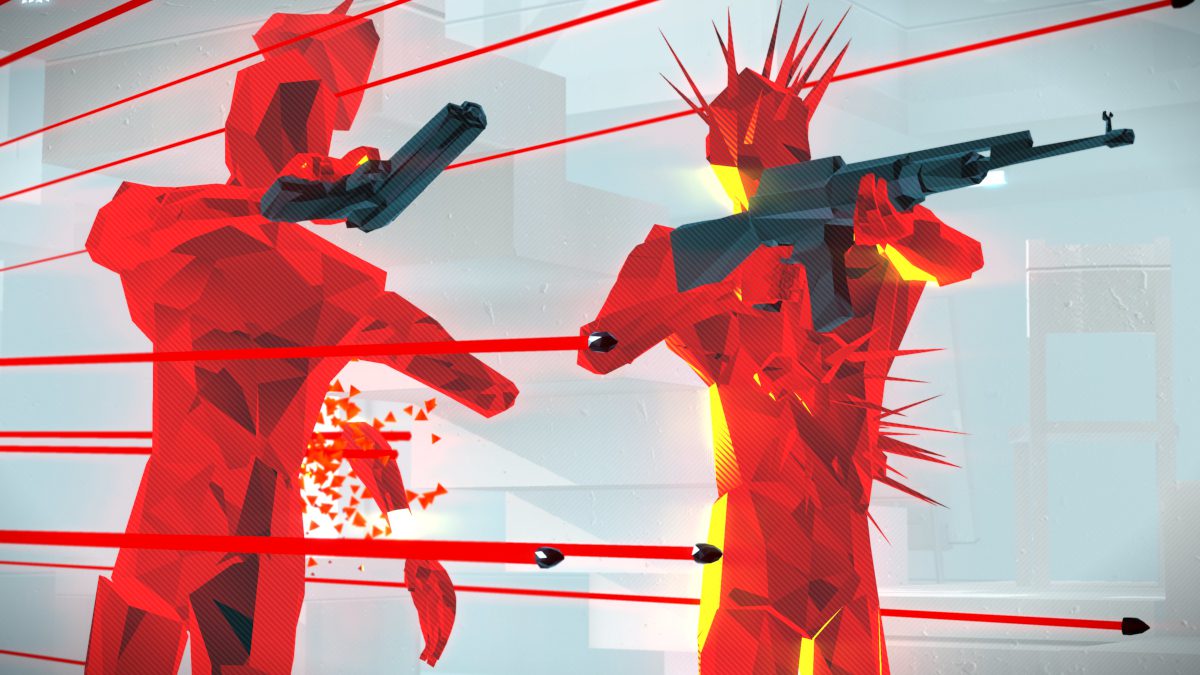 The new standalone game is free for players who bought the original non-VR Superhot, and it’s not too late to get in

The team behind Superhot has been working diligently over the past few years on an expansion for their innovative shooter called Mind Control Delete. What started as a roguelike add-on has shifted into a full-fledged (non-VR) standalone game with more features and story to expand the original’s content.

It has been lingering in paid Early Access for a while, but all along the devs have told those who don’t wish to pay for an Early Access game to be patient. Patience will be rewarded on July 16 as Superhot: Mind Control Delete launches on PC (including GOG), Xbox One, and PlayStation 4. Nintendo Switch users will have to wait, but a port is coming.

The best part is that so long as you pay for Superhot before Mind Control Delete launches on July 16, then you will get the new game for free. The keyword here though is “pay,” so previous Twitch Prime or Games with Gold giveaways don’t apply. Eligible Superhot buyers will automatically have Mind Control Delete appear in their library on Steam, GOG, and the Epic Games Store “immediately after release,” while PS4 owners will see the game “within a few days after the release” and Xbox One players will get a system-level message containing their game key likely within seven days of the July 16 launch.

Those who are not part of the giveaway will have to pay $24.99 once Mind Control Delete launches. Most questions you have can more than likely be answered by the FAQ on the official site.

Mind Control Delete is estimated to be around 12-15 hours of content. While it’s not necessary to play the first Superhot to appreciate the story, it is suggested as they will be connected tangentially.

The Superhot Team estimates that this will result in two million copies given out for free. When asked why they planned to throw away so much hypothetical money, they replied:

We’re incredibly lucky and privileged thanks to you. The support of you and all of those customers like you allows us to keep the studio independent. You let us run it however we please, without care about bottom lines and profit margins. You let us do weird things – invest in crazy experiments that will never see the light of day, build things that are trying to help other video game studios, even directly fund and support beautiful tiny indie devs in Superhot Presents.

You’re allowing us to continue to do weird and wonderful things with our lives. It only seems fair that we try to return the favor. As a tiny token of our gratitude, we hope that coordinating this massive, complicated giveaway scheme helps bring a bit more joy into your life.

I’m not memeing when I say that Superhot is the most innovative shooter I’ve played in years. It genuinely rewrote the shooter genre for me and I was sad to see it end. With this latest game coming next week, I will gladly hop back into the stylized world of a frozen bullet ballet.