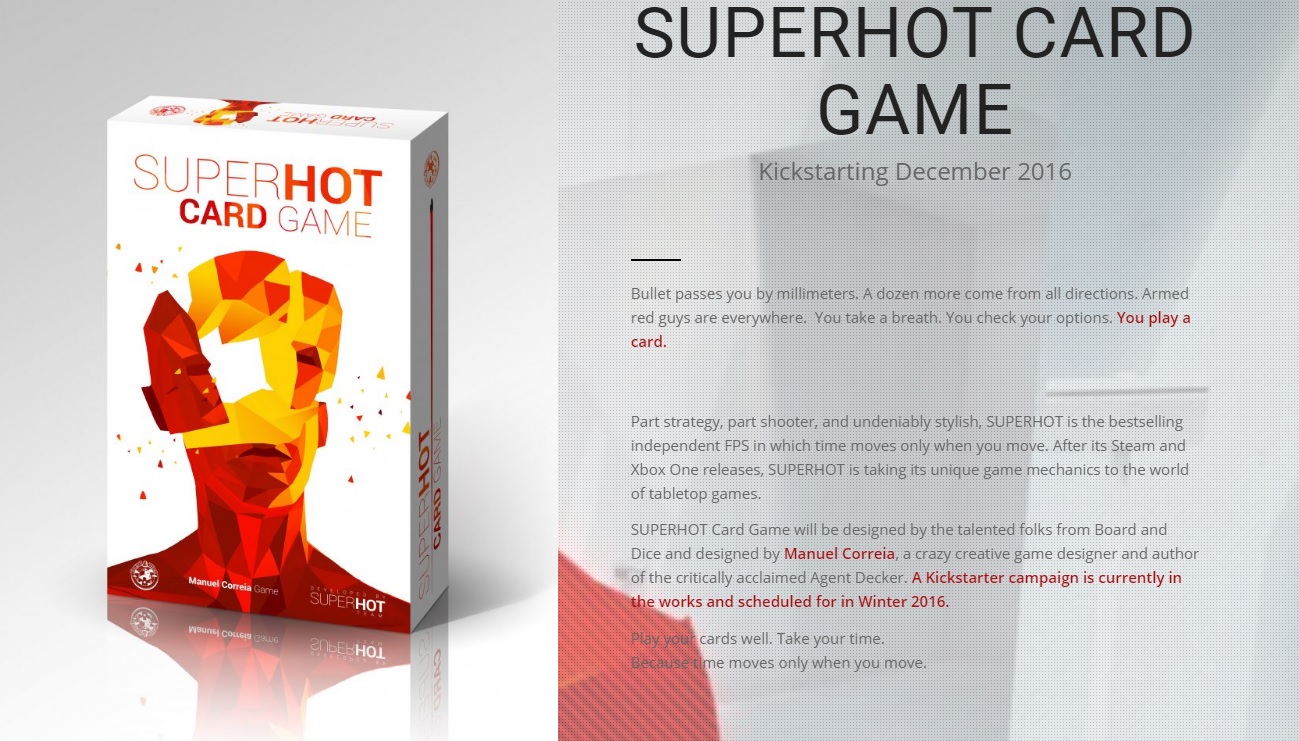 In this era, we have release dates for Kickstarters. It’s a crazy, crazy world.

The Superhot team has announced just that for its card game project, which is set to hit the crowdfunding platform in December. Agent Decker author Manuel Correia is headlining the set, which will be modeled after the game’s “things move when you move” conceit.

As a big fan of card games (mostly because of how easy they are to setup and teach), I’m awaiting more info. Call me old-fashioned (or call me Darren Nakamura), but I can still play Dominion for an entire afternoon.