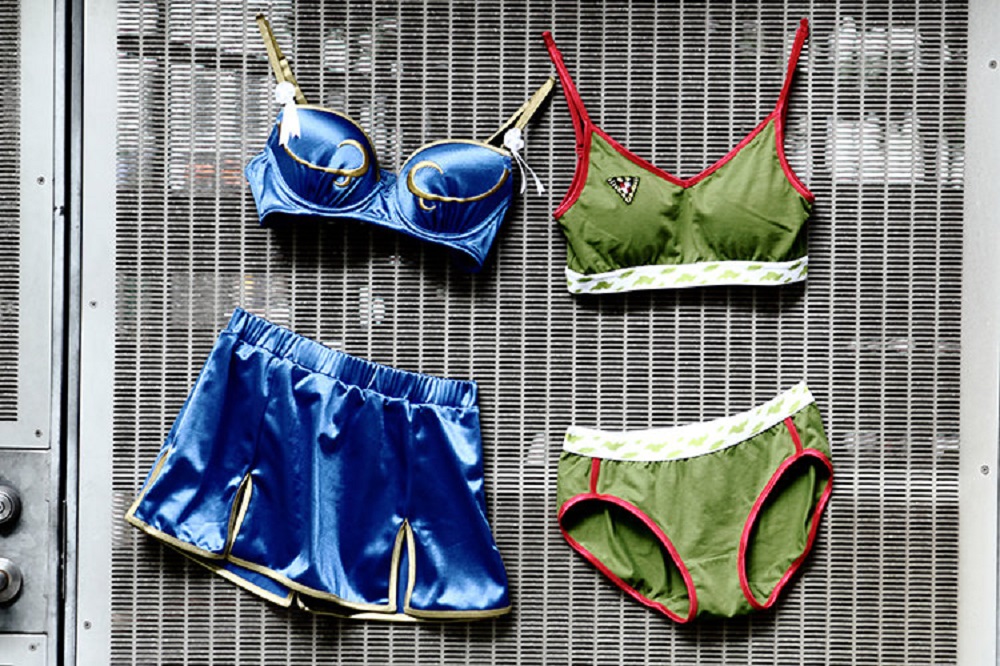 Japanese fashion brand SuperGroupies, who are known for their gaming-themed range of clothing and accessories, have revealed an official line of ladies underwear based on Capcom’s Street Fighter series.

The two ensembles on offer in the collection are based upon the famous fighting colours of the strongest woman in the world, Chun-Li, and British special agent Cammy White, featuring a bra and panties pairing recalling the heroic duos classic looks.

Whilst the Cammy gear is fairly simplistic, I think the Chun delicates are really nicely styled, though those fringed shorts are probably not very ergonomic under casual clothing, I don’t know. If someone wants to buy me a set I’d gladly try them out and let you know.

The two ensembles are roughly $80 each, though it’s a shame there’s no Urien thong for us dudes. Also, if you aren’t wearing the Cammy pants as a wedgie, you’re doing it completely wrong.