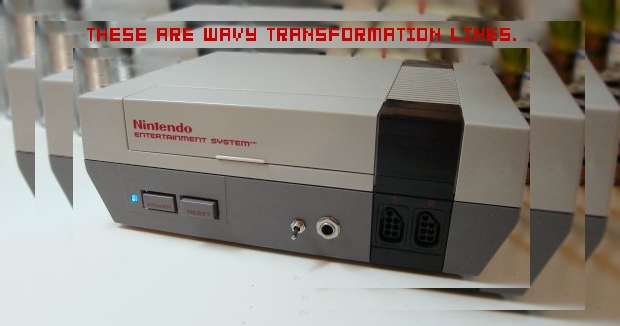 Is your NES just sitting under your TV being so 1980s? Look at that little red light, and the lack of stereo sound and the fact that you have to get up to reset the thing. It’s been well over two decades, why won’t the thing start evolving? Raphnet.net is here to help with a plethora of mods that can bring your NES into the modern day and age that it so stubbornly refuses to join.

Raph, a Linux and electronics enthusiast, is loving modding the damn thing. He’s got instructions on there for insanely simple things like changing the LED light from red to blue to how to more complicated ones, like how to give your gray box stereo sound. He’s come up with a pretty pimped out NES that can play pretty much any game ever and have other games not for the system played on it as well. I think I’m supposed to be most excited by the stereo sound, but damn if that little, blue LED doesn’t look sexy and would make my NES really look good next to my Wii. That little blue light could really tie the room together, man.