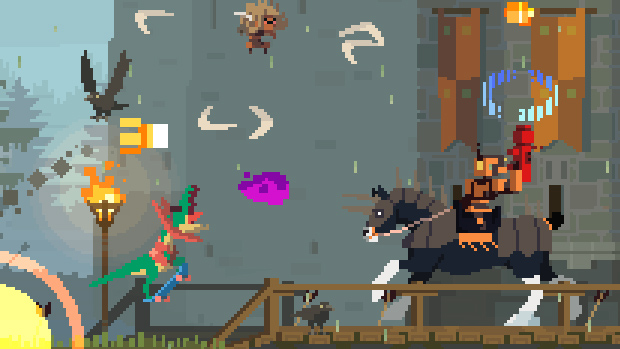 All dinosaurs should spit acid while skateboarding

I’ve run out of fresh things to say about the time-rewinding run-and-gun game Super Time Force, so apologies if this all sounds familiar and you find that bothersome. It still looks great!

Capy doesn’t have a clear release date yet — it’s sounding like May or June for Xbox 360 and Xbox One — but the studio does have screenshots to share. You’ll want to see those in full resolution.

And if like me you missed out on Rev3 Games’ super-in-depth, 50-minute playthrough, seek that out too. It’ll do more to convince you of Super Time Force‘s radness than anything I could say.