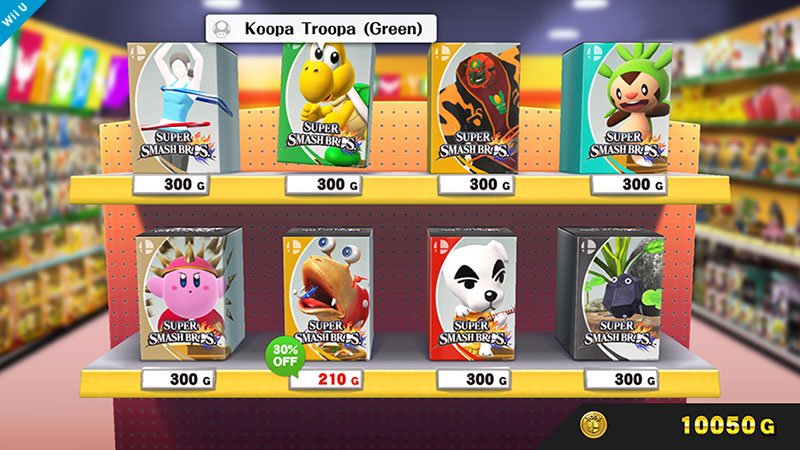 The fact that the trophy shop was bland on the 3DS version of Super Smash Bros. isn’t really worth complaining about for me, but this new screenshot of the Wii U version is definitely a vast improvement.

In his pic of the day series, the game’s director Sakurai put up a new screen of the tweaked trophy shop, and not only does it naturally look sharper due to the Wii U’s higher processing power, but it looks a lot cooler in general.

I haven’t really gone for that many trophies in Smash 3DS yet, as I’m busy learning a heap of characters still.