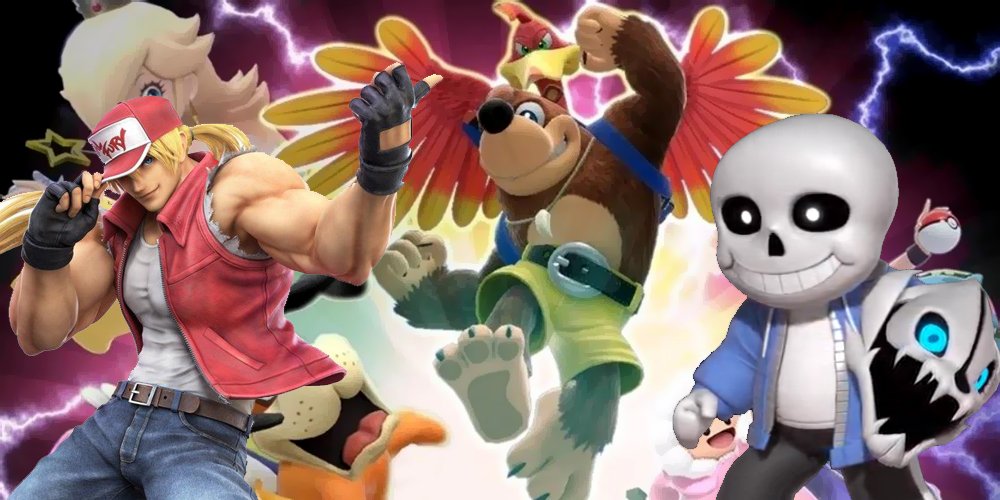 The announcement that SNK’s Terry Bogard is coming to Smash was met with polarized responses. Fans of Himbo‘s and the King of Fighters series were overjoyed, while fans of not-those-things were somewhat irritated, decrying Terry as just “Ken in a hat.” We saw similar split reactions when Banjo Kazooie and Dragon Quest‘s Hero were revealed to be Smash DLC.

If you love Banjo, you see him as a classic icon of the golden days of 3D platforming. If you don’t, then he’s just a generic cereal box mascot who abuses a bird. If you love Dragon Quest, then Hero represents one of the most storied and influential RPGs of all time. If you’ve never played Dragon Quest, he’s just another sword character “…who looks sort of like Goku I guess.”

Between all the joy and bellyaching came the appearance of Sans from Undertale as a Mii costume. This is on top of Shovel Knight and Bomberman being Assist Trophies, Shantae and Risky Boots being Spirits, and Dracula being one of the game’s bosses.

Smash is no longer a celebration of Nintendo’s history where one or two rivals from a competing publisher may be allowed in as a sign of respect. That’s what it felt like when Sonic and Snake were first announced for Brawl. It was a mind-exploding moment that took the franchise to the next level, but that was over ten years ago. Smash has been beyond that level for a while now. 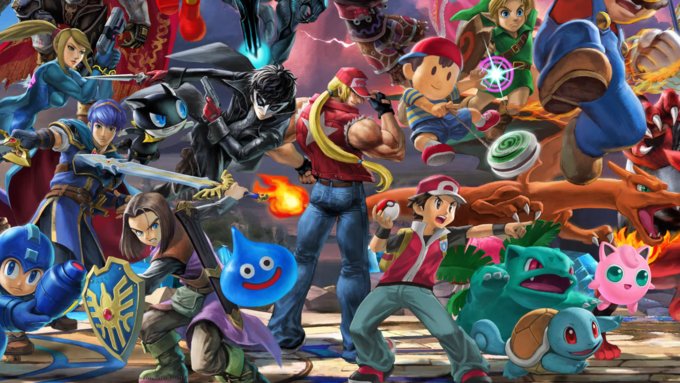 In Ultimate, there are multiple potential line ups for an eight-player game of Smash were there are zero Nintendo characters present in the fight.  In one-on-one matches, you can have Capcom, Konami, Sega/Atlus, or Square-Enix characters face off without the need for mirror matches. There are twice as many 3rd party characters in the game than there are reps from Metroid or Star Fox.

Smash is no longer about Nintendo. It’s about all video games, which means it could be about any video game. The next character in the season pass could be Doom guy, someone from Overwatch, Minecraft‘s Steve, or even Cadence from Crypt of the Necrodancer. Cuphead could get in there at some point, as could Pitfall Harry, Isaac from Binding of Isaac, or Purple Tentacle from Maniac Mansion. It doesn’t matter if they have a viable move set, or if their games are currently popular, or if there is already someone on the Smash roster who is similar. This is a game where there are two fighters named Roy, two separate slots for Mario and Dr. Mario, and at least one character whose only appearance outside of Smash was in a 2006 GBA game that never left Japan. And they all made a return for Smash Ultimate, a game that is getting close to hitting the 100 fighters mark (if you include bosses) with more still on the way.

With that kind of expanding roster, it’s no longer realistic — or even interesting — for Nintendo to only allow characters who are “right” for Smash into the game. Now it’s about defying expectations and winning fans over despite their skepticism. I can use myself as an example. I think King K. Rool is one of the least interesting or original character designs of all time. He is literally just a fat crocodile wearing a crown. Yet, when I first played him in Smash Ultimate, I couldn’t put him down. The amount of depth that was packed into his move set and energy infused in his animations made me a believer.

And this was weeks before they released the Piranha Plant DLC, which proved that Smash can take a simple death trap with one animation and transform it into a versatile, unique fighter that had personality to spare while staying 100% true to its “roots.” In 2019, Smash isn’t about seeing all your favorite characters in one game. It’s about Sakurai and his team proving that they can make literally anyone or anything into a fighter. It’s not about them being a cover band who’s playing Nintendo’s greatest hits, it’s about them being able to take literally any song, no matter how much you think it sucks, and make it sound amazing.

Of course, that may not be what you all want to hear. As I’ve learned many times over the years, there are plenty of people in the Smash community who love to hate being inclusive. They thrive off the idea that they know better than anyone else, even Sakurai, how Smash should play, what characters should and shouldn’t be in Smash, and even who should play Smash. For them, seeing Terry in Smash might seem like a failure for Nintendo. 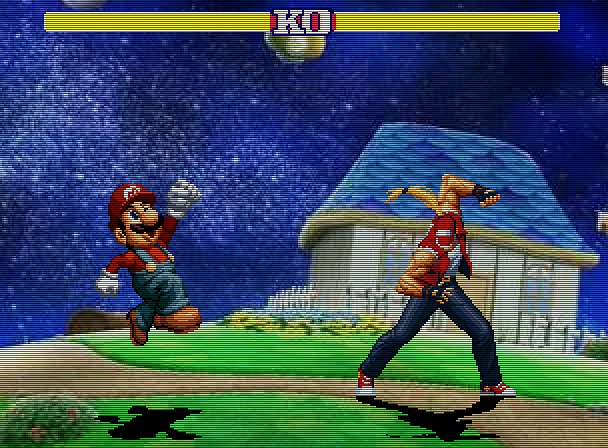 If you’re one of those people, let me tell you that life is a lot more fun when you go into it with curiosity and optimism. If you look into Terry’s history, you may like what you see. His debut was in 1991, the same year that Street Fighter II was released. Flash forward 28 years and 50 games later, and this orphan Gamer Dad is still one of the most recognized fighting game characters in the world, especially in international markets. He was also a major player in the creation of the crossover fighting game genre. According to Sakurai, Smash wouldn’t be the same without King of Fighters, and King of Fighters would have never happened without Terry.

On the other hand, you could shut your ears to all that and be unhappy. One common complaint I’ve seen already is, alongside Ken and Ryu, Terry is the 3rd fighting game character in Ultimate. Some think that’s too many, despite the fact that Smash is a fighting game too, and therefore, every character in Smash is a… fighting game character? I don’t know, man. Maybe that’s poppycock. Maybe there is an important, valid reason to be mad online about Smash Bros., but I can speak for myself that every time I’ve ever gotten mad about a video game, publicly or privately, it only worked to bum me out in the end. I’d like to see you avoid similar bummers, but hey, I’m not your Gamer Dad. That’s Terry’s job.