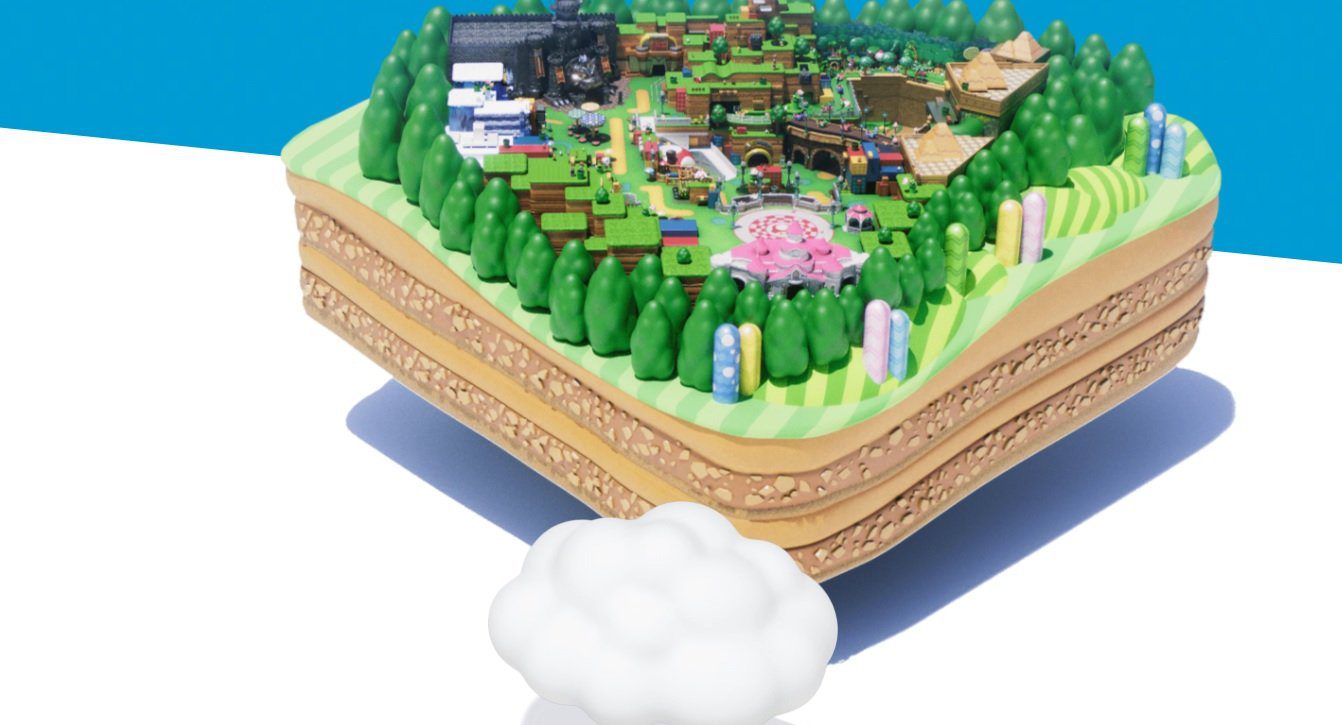 Get more info on the two current rides and the food

If you’re anything like me, you’ll spend part of your day today sifting through this new Super Nintendo World landing page; knowing full well it will be a long, long time until you actually manage to get out and visit it.

After the Miyamoto walkthrough, the fan reveal of the Yoshi ride, and the website addition for the Power-Up bands, Universal and Nintendo are finally to unveil the whole enchilada to the public. Yes that’s right: the entire park is now available for virtual perusal, as well as the menus for the quick service restaurants.  Oh, and it’s all in English!

When hitting the home page, you can scroll around to virtually visit the park, which takes you on a quick tour. By hitting the menu on the top left you can access several areas, including landing pages for the Mario Kart and Yoshi rides, as well as pages for the “activities” (involving the Power-Up band), which link up with the Universal Studios Japan app.

Miyamoto hinted at a storyline during the aforementioned video walkthrough, and it seems like it will involve the theft of a Golden Mushroom from the infamous Bowser Jr. You’ll need to collect three keys through activities, then square off against Bowser Jr. in a final boss fight. It’s like a game-within-a-game that you can play in the park, kind of like the Sorcerers of Magic Kingdom event at Disney World.

The food is mostly part of the Kinopio’s Cafe (Toad themed) quick service restaurant, which contains a “Mario’s Bacon Cheesburger,” a “Super Mushroom Pizza Bowl with Mushroom Tomato Sauce,” “a Piranha Plant Caprese,” and a “Question Mark Block Tiramisu.” There’s also popcorn buckets you can pick up (Mario Kart or Star themed): one of which is peach flavored.

Yoshi’s Snack Island will also provide light fare, with “Green Shell Calzones filled with Yakisoba and cheese,” and “Yoshi’s Lassi” (lassi is a yogurt-based drink). The Mario Cafe and Store will also have several food options, like a Mario hat-themed strawberry shortcake treat. The site has a small page that teases merch options, too.

If you’re going at some point, it’s a lot to take in and prepare for! For everyone else, it’ll be a long wait until it hits the west.