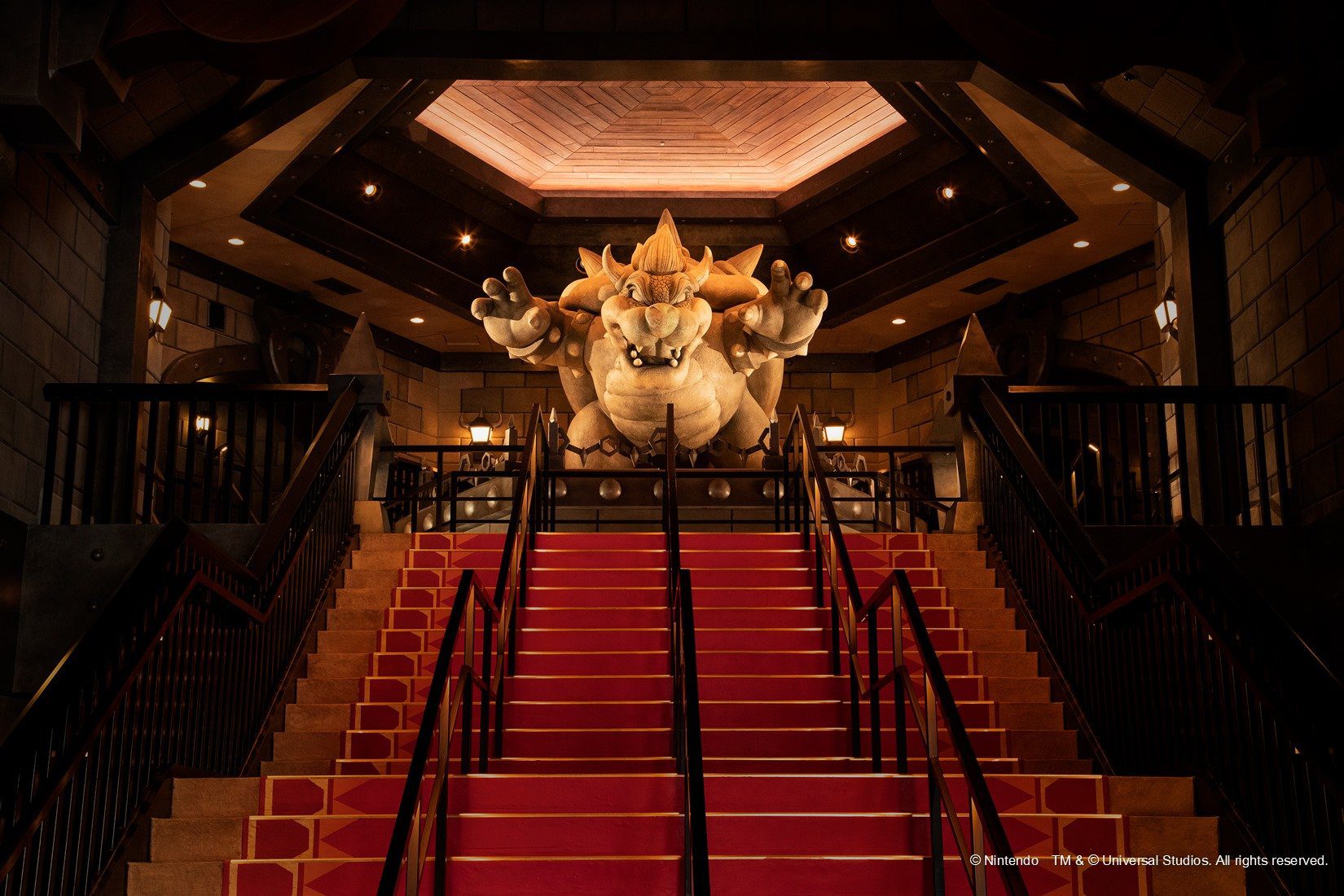 So uh, does anyone else love theme parks? Because this guy loves theme parks.

Among the many other things I’ve missed this year, riding rides with family is one of the things I’ve lamented the most, but we’re all sort of hoping for a light at the end of the tunnel…eventually. Nintendo is banking on February 4, 2021.

That’s the date of the grand opening of Super Nintendo World: which was originally supposed to debut during the Olympics in August of 2020. For obvious reasons it was pushed back to August 2021, but the theme park will open separately a bit earlier. In one word, it looks incredible.

Although we’ve had plenty of “over the fence” peeks at its construction, Universal Studios of Japan just put out an official video (below) that showcases it in all its splendor. While the outdoor zone is impressive on its own, the indoor areas are really where this park shines, like the giant red staircase leading to a Bowser statue for the “Koopa’s Challenge” Mario Kart ride queue. As a reminder, the other ride is Yoshi-themed.