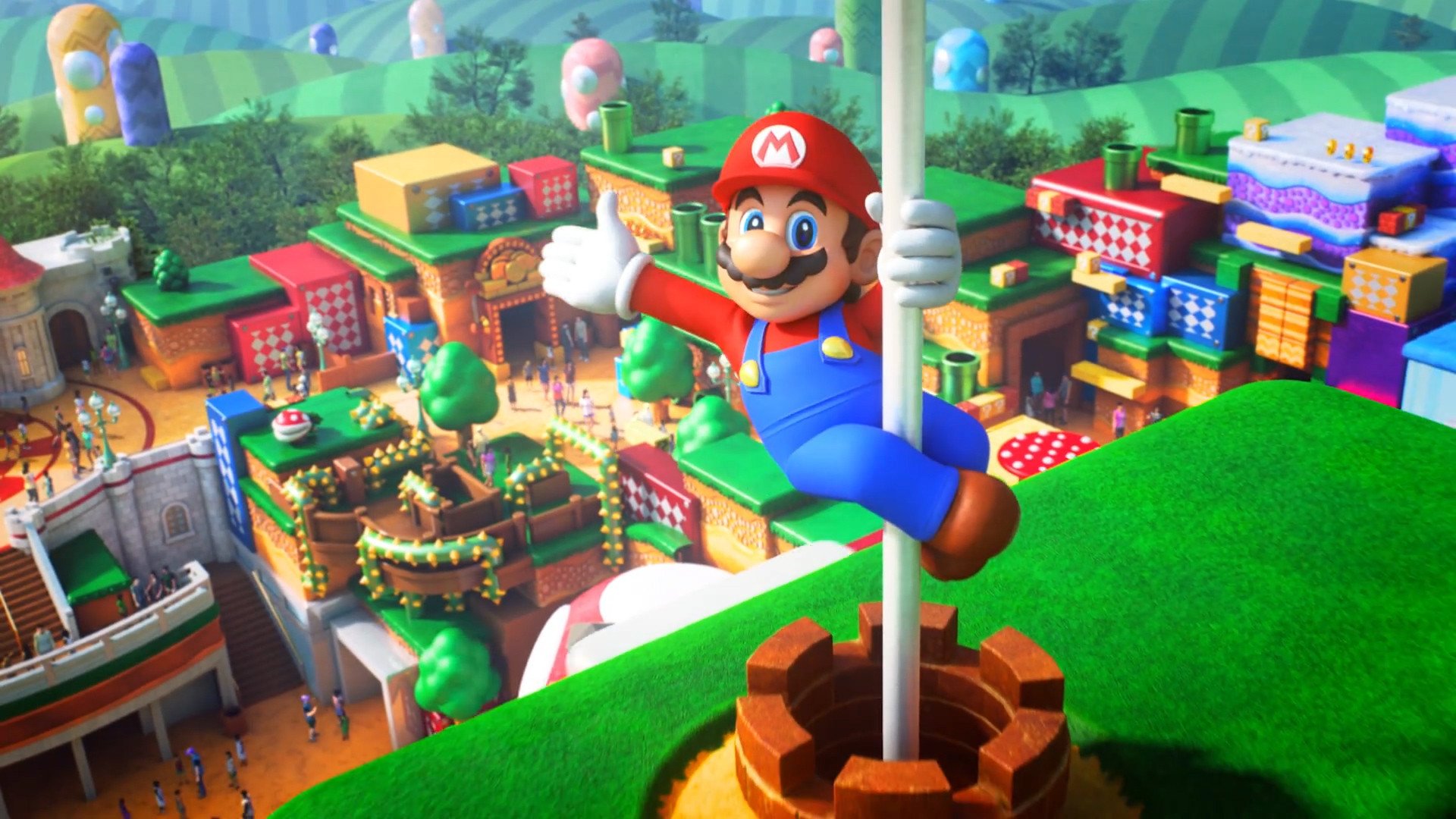 It looks like that Nintendo theme park is a lot closer than we realized. During Comcast’s 2019 Media, Communications & Entertainment Conference a few days ago, Universal Parks & Resorts Chairman/CEO Tom Williams revealed that Universal Japan in Osaka will be welcoming Super Nintendo World in Spring 2020. That’s only half a year left! According to his speech, the park will open with two rides: Super Mario Kart and Yoshi’s Adventure.

“It’s the best, and we’ve tested them all, and they’re killers,” Williams said. “It’s a great lineup. It takes it to the whole next level. It’s gonna redefine what a park experience is like. It really is special.” Taking a page out of Disney’s playbook, Super Nintendo World will have patrons wearing magnetic bracelets emblazoned with Mario’s iconic red M that will interact with various objects at the park.

Likely using NFC technology, the bracelet will keep track of scores gained throughout the different attractions and is said to have some functionality with game consoles. As Williams put it, you can go “back with your game console so you can build on it and come back again.”

As for when we’ll see Super Nintendo World in the United States, Williams refrained from commenting. In his words, he felt revealing too much would “defer attendance” from the Japanese attractions. He did state that from conception to opening with any theme park or land, it typically takes around five to six years. With work seemingly not having started, we could be waiting quite a bit longer.