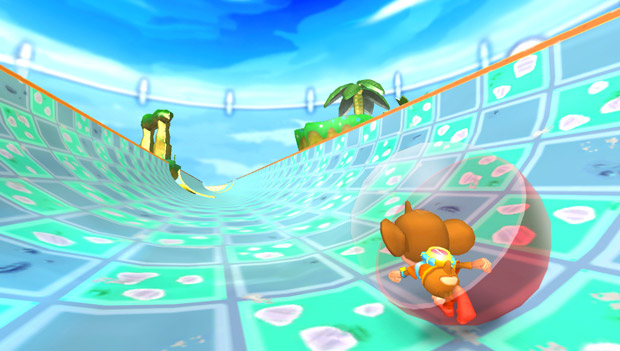 Following the PlayStation Vita-tagged Super Monkey Ball screenshots from this weekend, Sega has sent out a confirmation that the game exists. The series is hitting up a new system while it has a chance to sell decently? Shocking, I know. Not like that’s ever happened before or anything.

Right now, they’re simply calling it Super Monkey Ball, though I suspect that might change as we move closer to next year. Sega says there will be original mini-games, in addition to the beloved Monkey Target, plus support for the dual analog sticks and both touch screens.

Any guesses as to what’s going on in the teaser video? Day and night cycles in Super Monkey Ball? Right. I’d be more on board with this if every SMB release didn’t come off as forced.