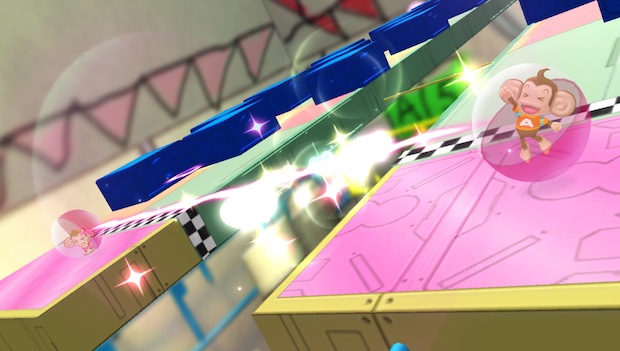 Sega has more monkey business in store for the PS Vita later this year with Super Monkey Ball Banana Splitz. Yes, with a “z.” This game will feature more than 100 stages of tilt-y ball rolling as well as eight mini-games that use the Vita’s touch and tilt capabilities.

In Banana Splitz the Vita camera can also be used to photograph real objects to be used within custom stages. That means that this could be the first game in the series to actually include real monkey balls!

The game features Wifi supported online multiplayer mode and GPS functionality to give you your standing locally as well as in the global leaderboards.

Super Monkey Ball Banana Splitz will be released on October 23, 2012. Check out some new screenshots in our gallery.