Rookie of the Year is back for its second campaign

There’s a lot that’s changing with this new game. The general aesthetic of the players is the most obvious improvement. They look more realistic now. Oh, but don’t call them “realistic;” I learned that the hard way earlier this month when I sat down with Metalhead co-founders Scott Drader and Christian Zuger.

“Realistic is perhaps not the term to use here,” Zuger told me. “What we’re going for is a more athletic look. The characters in the first game had big heads, they had big torsos — like the scale was kind of out of whack. It was hard to portray a real sense of athleticism. We’ve progressed that, but it’s still stylized.”

Drader elaborated “That’s it. Proportions have become more realistic, which lets the animations and the motions look a lot more realistic. It still has a cartoonish sheen on it, but they’re shaped more like people and that will allow them to move more like people. That will make them feel more athletic when they’re diving for the ball and that kind of thing.” 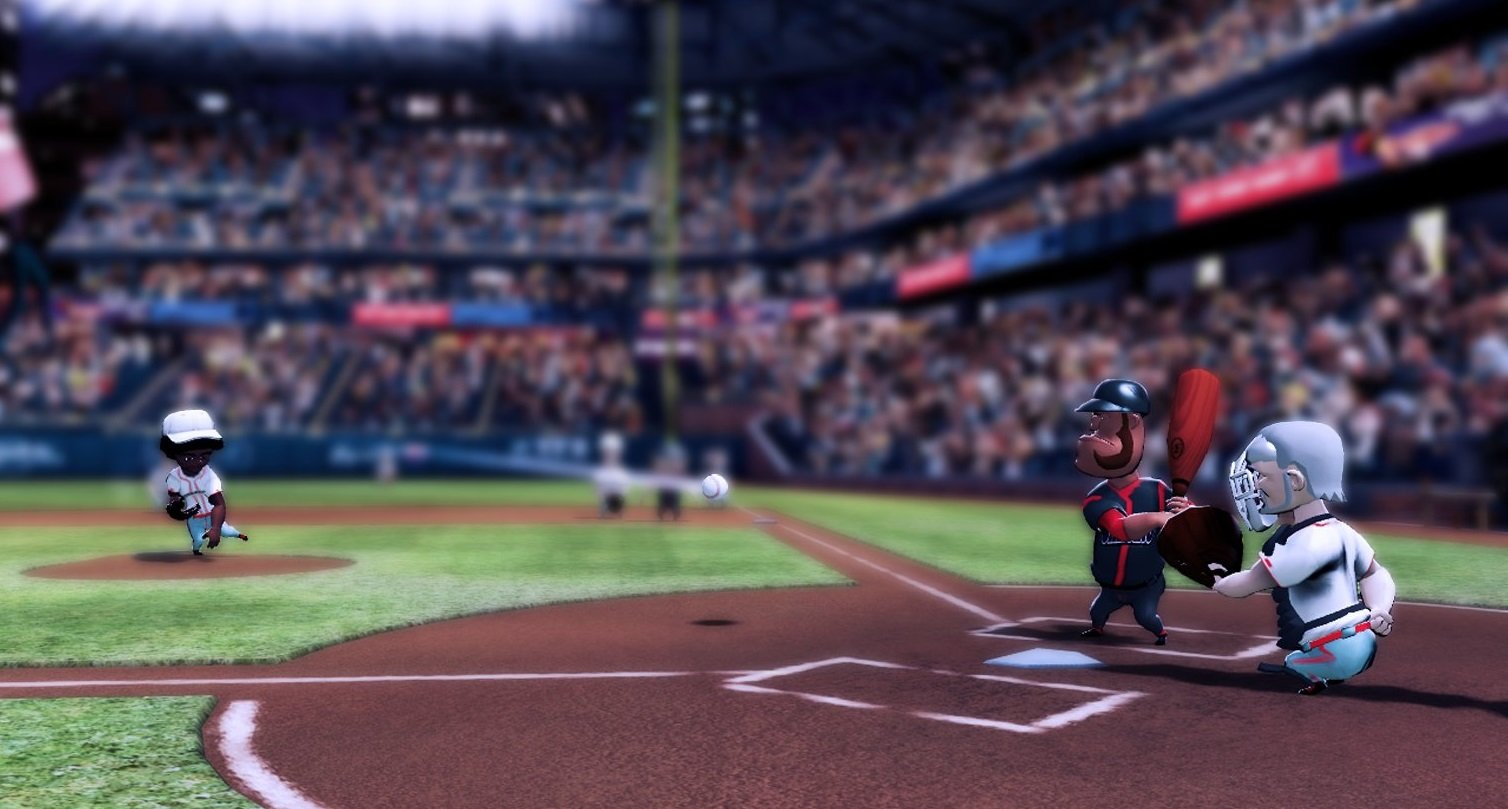 The player aesthetic from the original Super Mega Baseball

The reason that giving the players a more athletic appearance was top priority for Super Mega Baseball 2 is because both Drader and Zuger point to the look of the character art as why the game didn’t resonate with some people. “The character art was really divisive. The weirder you make a thing, the more off the norm you go, the more polarizing it’s going to be. I imagine that’s why a lot of the triple-A franchises stick to that realism,” Drader commented.

He continued “We had a bit of an issue where people weren’t interested in the first one because of the way it looked. It didn’t look like it was a sophisticated enough baseball simulator for them because it was cartoony.” Zuger chimed in “Yeah, it was very divisive. Some people loved it, some people — it just wasn’t their thing. We felt that perhaps the depths of the simulation was hidden behind the visual style. We think there are a lot of people that could enjoy the game, that would love the game, if it was a style that appealed to them a bit more.”

That’s only one-third of the plan of attack for Metalhead when it comes to Super Mega Baseball 2. It’s a three-pronged approach, and the two other main talking points are online play and deep customization.

With regard to online multiplayer, the philosophy was simple but respectable the first time ’round: “We didn’t want to try online play in the first game and have it be a half-assed thing. We think it’s much more important to deliver a very thorough and functional experience in everything that we do,” Zuger remarked.

Now that the team feels experienced enough to add it in, Super Mega Baseball 2 is getting online play in a few different forms. There will be competitive head-to-head, cooperative, and cooperative seasons. Drader also mentioned “We’re going to sort of do this seamless thing like Rocket League where you can set up your party early and then go do whatever you want with your group. Whether that’s two versus two, or going online and finding a game with that party.”

Unlike online play, customization was in the first Super Mega Baseball, it just wasn’t as thorough as it could’ve been. That game restricted user creative control to altering the players. Now, it has all the bells and whistles. Uniforms, team logos, player appearance, season structure — basically everything short of creating stadiums can be customized in Super Mega Baseball 2.

Drader commented how customization almost didn’t even make it into the first game. “We wanted to get customization into [Super Mega Baseball], but we were three months until release and we didn’t really have anything done yet. So, I was like ‘maybe we shouldn’t do that.’ We ended up getting together the customization that it did have, and then so many people spent so much time with it. I think some people spent more time with the customization than they do playing. I can’t argue with it if they want it.” Zuger added “People love it. They absolutely love it. We’ll have more choice this time around. Big time.”

Another area that Metalhead is going to try to improve is the team management aspect. This was a role-playing game element that could vastly impact your players’ stats, but Drader and Zuger found that many people didn’t even bother with it. It was unintuitive to jump into, a stark disparity from the rest of the game’s design philosophy. 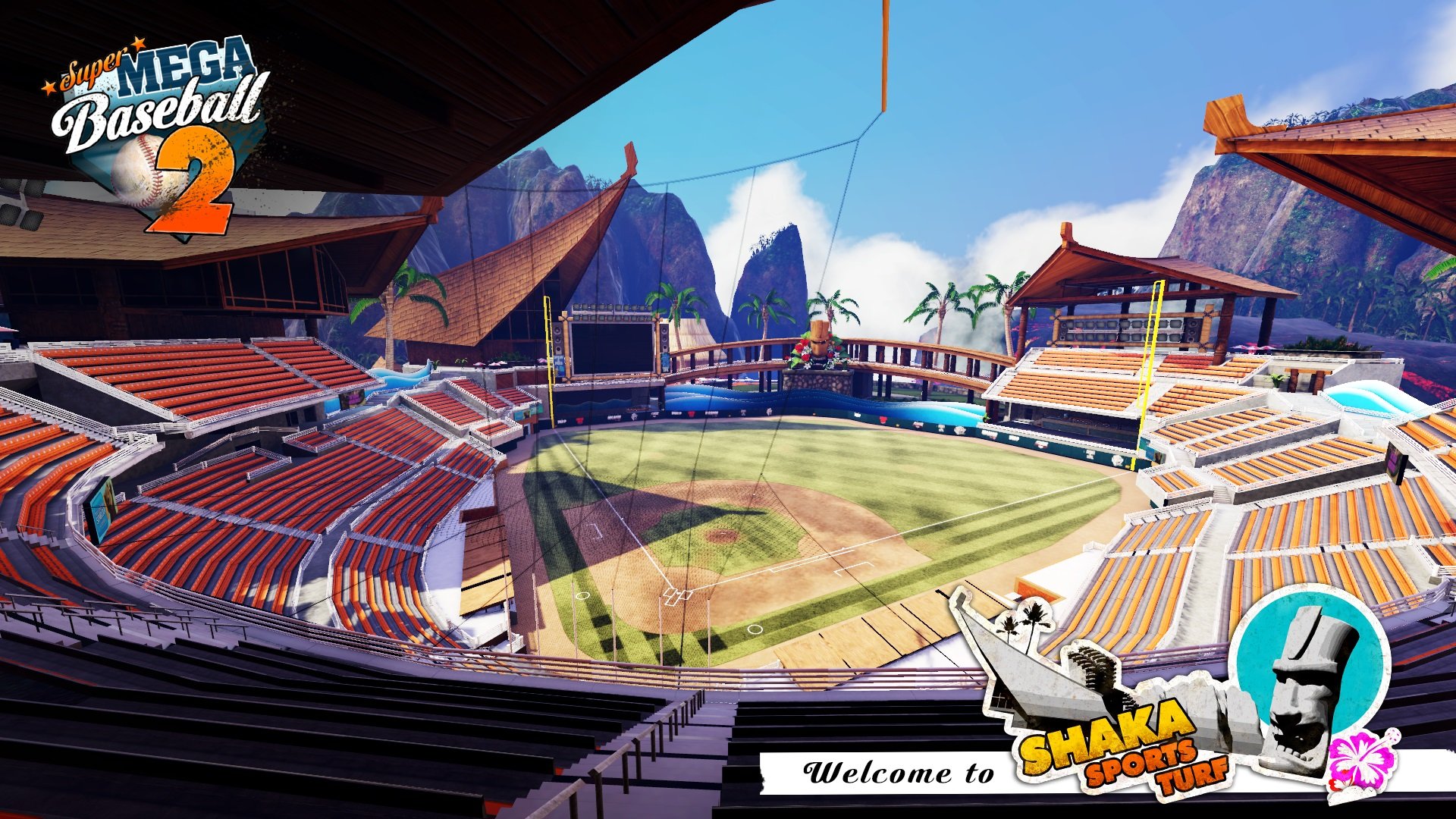 “We’re talking about how simple and easy it was to get through a lot of the game, and then that system was cumbersome,” Drader lamented. “There was a lot of information on one screen and it was sometimes hard to process. There wasn’t a good way to not do it if you didn’t want to do it. We actually saw a lot of people who would play through the first seven or ten games of the season and not upgrade their team. They just didn’t want to go in and do it. To be completely honest, we haven’t done that part of development yet but it’s something that we really have to sit down and think about. It’s definitely on our minds.”

Our entire conversation led me to believe that this is a team that knows it has a very solid foundation from the original Super Mega Baseball, and it’s well-aware of the areas it could improve. And, Drader and Zuger talked about every single one of those areas.

We’ll see if Super Mega Baseball 2 is worthy of the kind of celebration that comes with a walk-off homer. Right now, Metalhead is only giving an open-ended “2017” for a release date. That’s kind of fitting given that, unlike football, basketball, and hockey, time will never run out on you in baseball.

Of course, it’s more the indie mantra that’s the cause for such a nebulous time frame. “We’ll aim for as early in the year as we can. But, it’s going to be one of those cases where it’ll move based on how we feel about it early next year,” Drader said. Zuger added something that’s always good to hear from a developer: “It took us forever to make the first game, and we’re really committed to polishing this one. We’re not going to ship until it’s ready. We have a date in mind. Can we make it? I don’t know. But we’ll ship when it’s ready.”