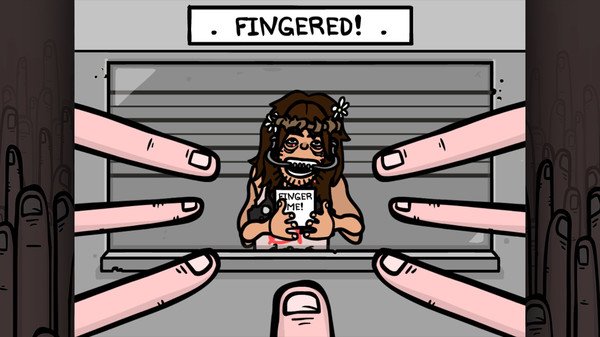 Edmund McMillen, the designer of Super Meat Boy, has announced that his new game Fingered will release on Steam next Tuesday for $1.87, and it looks pretty awesome. The game was created in collaboration with James Id, the guy who has made many weird trailers — like the one above — for McMillen’s previous works.

Fingered is described as a “whodunit hyperrealisic police sim where you must finger the guilty and clean up this darn city using the descriptions of the local busy bodies. [B]ut everyone’s perspective is different: one man’s fat is another man’s sexy! Send him to the chair!!!”

Features include “21 levels of confusion, a few billion randomly generated people to finger/murder, barking, loads of secret celebs to murder,” and more. I don’t know about you, but I’m ready to get Fingered, especially for so cheap!

Check out more screenshots and details on Fingered‘s Steam page.