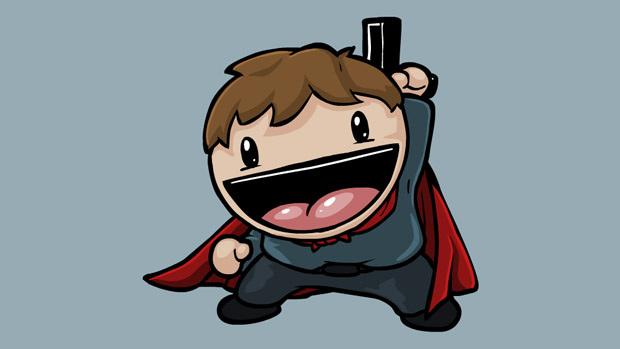 This is simultaneously the greatest and worst news to hit our site in months. First, let’s look at the good. Team Meat is still working on new, free levels for Super Meat Boy on Xbox Live Arcade.

The current plan is to get the Expert Remix and User-Made chapters out next week. Cheers to that. The bad news lies within the specific levels being remixed, which you can see here. Yup, gaming’s greatest villain in recent times is back with a vengeance — The Kid’s first level is one of the remixes in this collection.

F*ck! I promised myself I’d never have to play his levels again after the first two times.

Let’s take a moment to remember those unfortunate souls who lost their minds while attempting to unlock The Kid in Super Meat Boy. Truth be told, we need look no further than our own Jonathan Holmes.