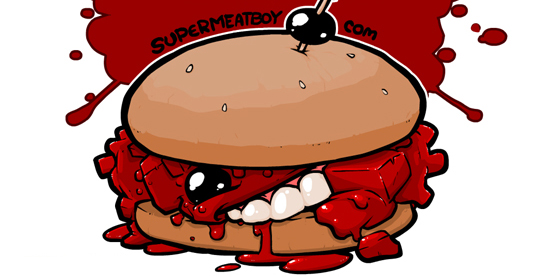 We got a message from the wonderful guys at Team Meat letting us know that they finally have a release date for Super Meat Boy on Xbox Live Arcade. You’ll be fighting a jarred-up fetus in a couple of months on October 20th when the game launches as the “main course” of a previously unannounced Xbox 360 promotion called, “The Game Feast.” That really makes me wonder if all of the products in said event will be food-themed.

But that’s not what’s really important. What’s important is that we now have a deadline upon which we can hang our hopes and dreams. Between the 300 levels, 15 playable characters and conceptual ridiculousness of the whole exercise, I have a feeling people are going to be pretty happy. Hell, I already am and I haven’t even played it yet!

No word yet on when Super Meat Boy will start appearing on other platforms but we’ll be sure to let you know just as soon as that information arrives. If possible, we’ll build a time machine and come back to right now and let you know, so you might want to refresh the page a few times just in case I got here while you were reading this.