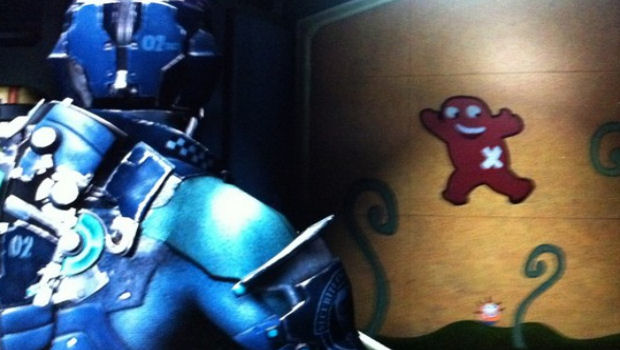 It’s more likely than you think.

Seems the guys at Visceral might be fans of a certain skinless indie hero, as they hid this little mural image of Super Meat Boy in the elementary level of Dead Space 2. Of course, a little bit of artistic license has been taken, but it’s certainly him.

The lads at Team Meat are suitably amused by the “cameo” appearance, and I’m kicking myself that I never noticed it while playing myself.