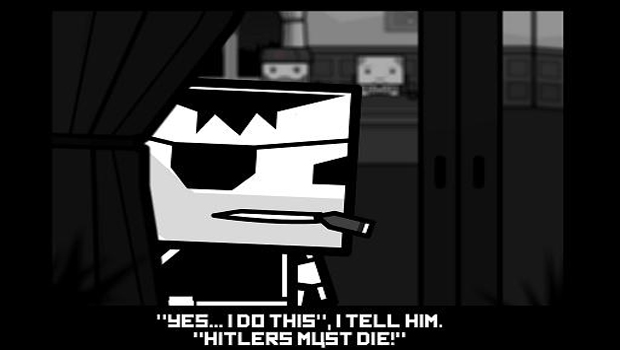 Ever since Team Meat (creators of Super Meat Boy, the greatest 2D platformer of the modern era) started asking their fans via twitter about their favorite run and gun games, I’ve been chomping at the bit to know what their next project will be. Specifically, I’ve been dying to know if Edmund McMillen (half of Team Meat) plans to revive Hitlers Must Die, the run-and-gun physics shooter that he was developing right before the creation of Super Meat Boy officially took over his life. I’m couldn’t help but gush to my Podtoid cast mates about how great it would be if the game was back in development. Of course, Jim Sterling took that as an opportunity to rant about how he’s done with hearing about how evil Hitler was, but that’s beside the point.

I sent Edmund McMillen an email asking the simple question “Hitlers must die? Must they? Your tweets about run and gun games have me geeking on a dream that the game will exist for real someday.” His response — “They really must die!!!” with a caveat that this is by no means a confirmation that the game is back in development, but to stay tuned for an announcement about Team Meat’s next project.

Here’s why I’m so excited about that.

A balance of offense and defense 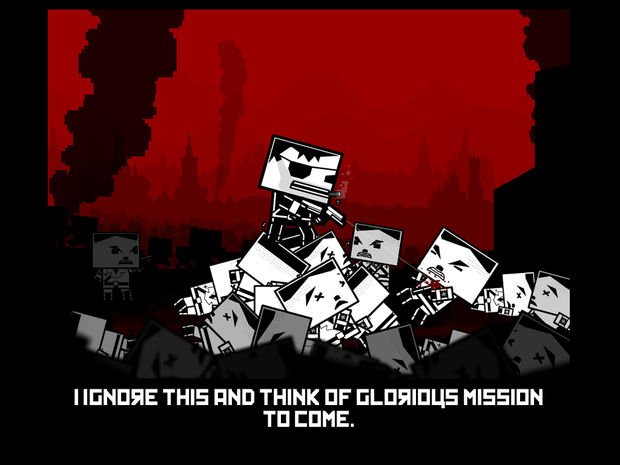 I loved how in Super Meat Boy, you never gain any sort of power-ups or capacity to defend yourself. Keeping Meat Boy in a constant state of vulnerability worked to both stay true to Meat Boy as a character (a constantly bleeding, skinless boy who’s desperate for the touch of a girl made of bandages) and to streamline the gameplay experience. Super Meat Boy is an exploration of how far two brilliant developers can take the ideas of “running” and “jumping”. It’s like a gameplay symphony written in binary code, with “run” equaling “zero” and “jump” equaling “one”. The amount that Team Meat managed to do with such a simple tool set is simply staggering.

From what the beta footage of Hitlers Must Die has show us, Edmund McMillen was working hard to give the game a similarly binary feel, except with the pinpoint specific terms of “run” and “jump” replaced with the more general terms of “offense” and “defense”. There is a definitely focus here on rapidly flipping between putting the player in overwhelmingly dangerous situations, and the then giving the player the opportunity to violently turn the tables on the enemy.

And how exactly do you go about doing that? 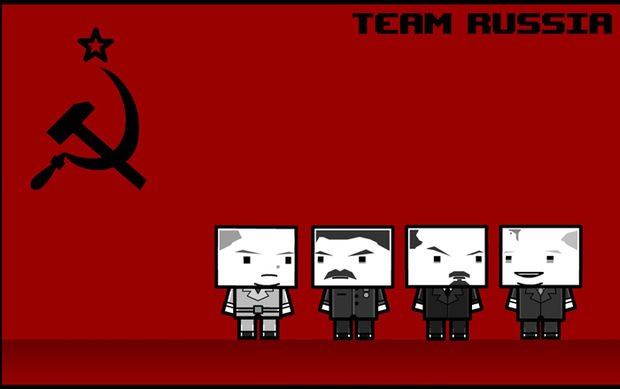 Physics based gaming is huge these days. It doesn’t matter if it’s the highly detailed world of Portal 2, or the relatively limited game of Angry Birds, there is an irresistible appeal to exploring the many variables present in physics based gameplay. Though physics also plays a part of what makes Super Meat Boy so fun, it looks like Hitler’s Must Die was planned to have even more emphasis on using kinetic energy and gravity to solve problems (like killing hordes of zombies and Hilter clones in one fell swoop).

I love power slides, grenade lobs, and shotgun decaps as much as the next guy, but when you can use all those action elements to organically manipulate the environment in unpredictable ways, that’s when you’ve sold me. 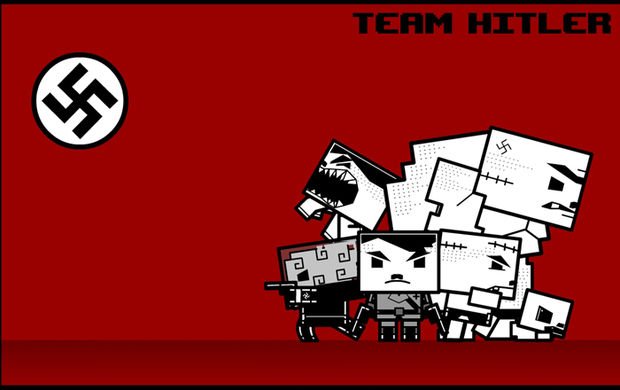 People like the idea of killing “bad” things. That’s why zombies, evil robots, man-eating insects, and of course, political enemies of the United States such as Nazis, are such popular enemies in modern videogames. It’s gotten to the point where, with most games that feature those enemies, it’s obvious that they were included solely because people love killing them. In the videogame world, Nazis have gone from being cultural icons for evil, to virtual, blood filled ticks who are just waiting to be popped. We don’t pop them because they are a threat, or because we have to. We pop them because it’s fun.

What better way to poke fun at how deeply gaming has trivialized “the Nazi threat” (and the illusion of justifiable murder) than to give us a game filled with disposable Hitler clones from beginning to end? With a game like Hitlers Must Die on the market, I could stop obsessively beating Bionic Commando over and over again just to watch Hitler’s head explode. I could get that kind of action from the very first frame.

That begs the question though, what do you do for a last boss in a game where Hitler is a common enemy?