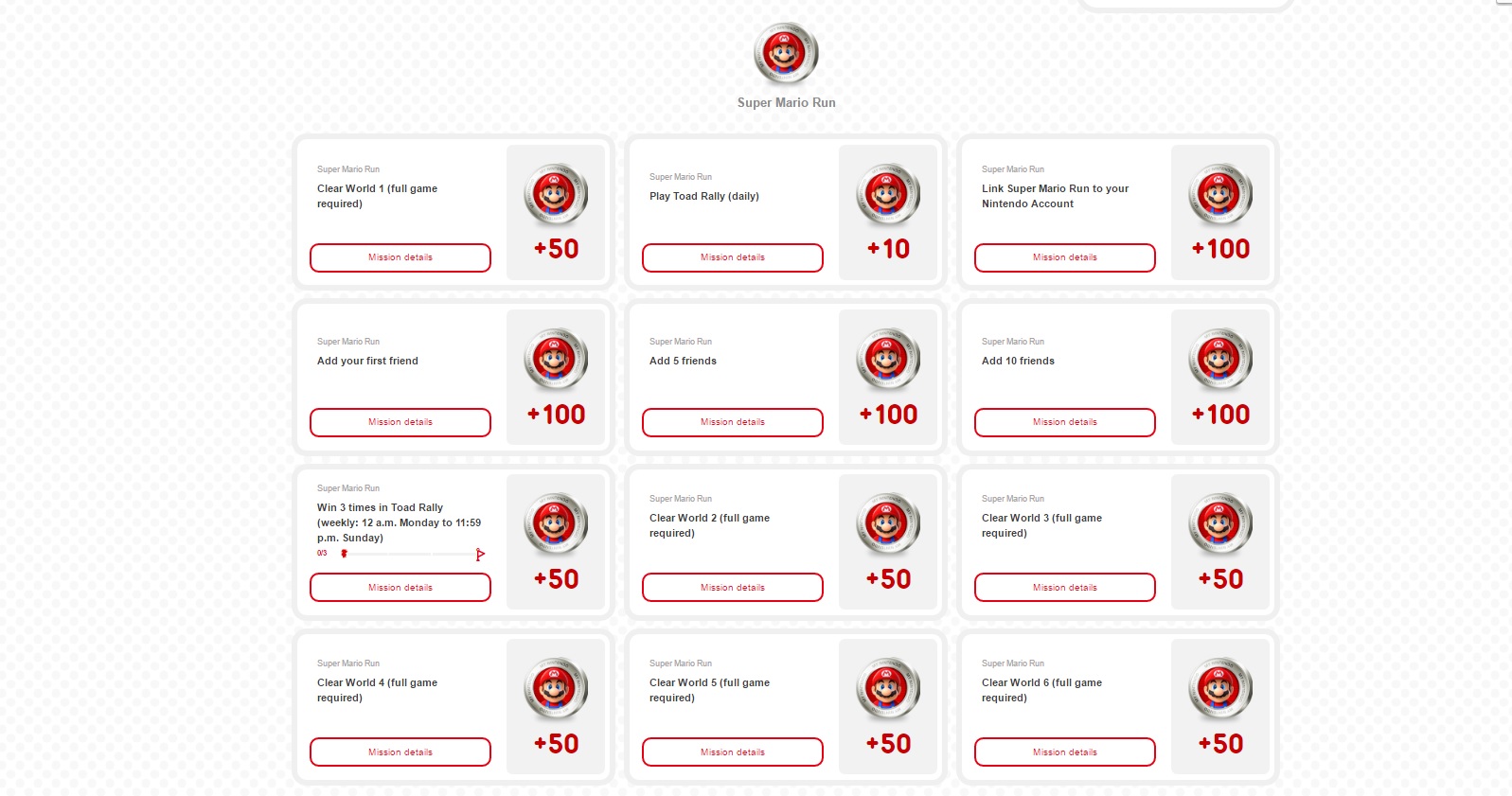 Super Mario Run is set to arrive today, but My Nintendo already went ahead and pulled the trigger on their special Platinum coin challenges. Many of them require you to own the “full game” (read: spend $10), and merely beat all of the game’s worlds, but several involve adding up to 10 friends, linking your Nintendo account, and playing the daily Toad Rally challenge.

Given that these dailies can feasibly be completed even when everyone peaces out (unlike Miitomo, where it’s near impossible to get hearts and the like still), this seems fair enough. Plus you’re basically getting a 800 coin boost just for beating it and adding people — though, what do you really have to spend it on?!