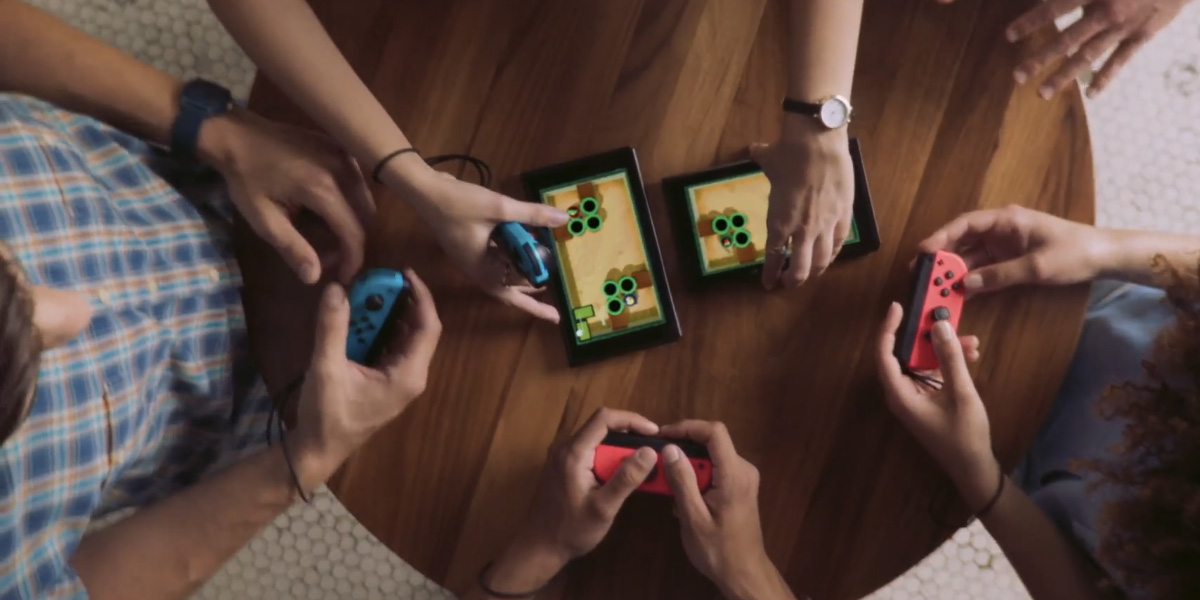 The game can use multiple screens and Joy-Con to guide the players around the board and through a series of delightful mini-games in classic, Mario Party board-game style. Switch units can even be aligned in wacky and creative positions in order to create new playfields.