When you go to any video game show, as many of you probably know, there can be an insane wait for the newer, more popular titles. I literally see eager fans queue up for two hours to play the latest Assassin’s Creed or Call of Duty. When a demo runs 20 minutes, and there’s only say, 15 setups, and there’s a queue of hundreds, you do the math.

Fortunately, at this weekend’s EGX show in Birmingham, the wait for Nintendo’s upcoming Super Mario Party wasn’t an effort at all, that’s the bonus of having four people to a single setup. Couple that with the opportunity to DESTROY STRANGERS AT VIDEO GAMES, and it’s fast-paced good times for all. 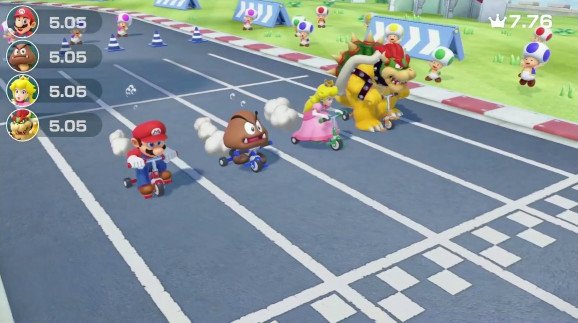 Frankly, it’s a good job I was teamed up with three other excited fans to play Super Mario Party, as it’ll likely be the only chance I get to play the game, having no friends in the real world (not even that bob-cut girl from the original Nintendo Switch commercials). Nevertheless, me and three other dudes snatched up a single Joy-Con each to engage with The Big N’s next social-game extravaganza.

As explained to me by a red-shirted rep, Super Mario Party allows players to battle it out in a selection of some 80 mini-games, all of which appear to be incredibly simple to understand, but fiendish to play, not unlike the games in sister series WarioWare. Me and my new friends were told to play the “Mario-thon” mode, which eschews the board game element of the classic Mario Party experience, and focuses just on the mini-games.

Players can choose from a selection of classic Super Mario characters (No sign of world-breaking phenomenon, Bowsette) and fight it out in a grand prix of short-and-silly activities, with a score system deciding the ultimate victor. Each game runs a couple of minutes at best, keeping the action fast and furious. Each new game is also preceded by a very simple tutorial, that gives everyone an opportunity to test out the controls in a small insert demo window. This neat feature means players old and new will all get a heads-up on the ensuing chaos.

All five of the games in my run raised smiles. I handily won a downhill barrel-running race by immediately turning it into Road Rash, but things then went figuratively downhill for me in the following four games, which involved dodging a bunch of charging turtles, outrunning an army of boxing glove-sporting ghosts, pedaling a tiny tricycle about ten yards and, best of all, trying to fry all six sides of a small cube of meat. Each game utilises the Joy-Con in a unique manner, from standard thumbstick movement, to using motion controls to recreate a set of trike pedals, a rotating barrel, or perhaps a frying pan. Simple, fun and effective, like all party games should be.

I unfortunately didn’t get the opportunity to play the co-op mode, where the players work together to complete tasks, such as tidying a bunch of balls into their respective containers, or controlling a canoe down some raging rapids, but these games looked equally as fun. When my demo was over, I didn’t place first, which resulted in me smashing the setup and then throwing my Joy-Con at the rep’s head. Fortunately, I still made bail for EGX day two. 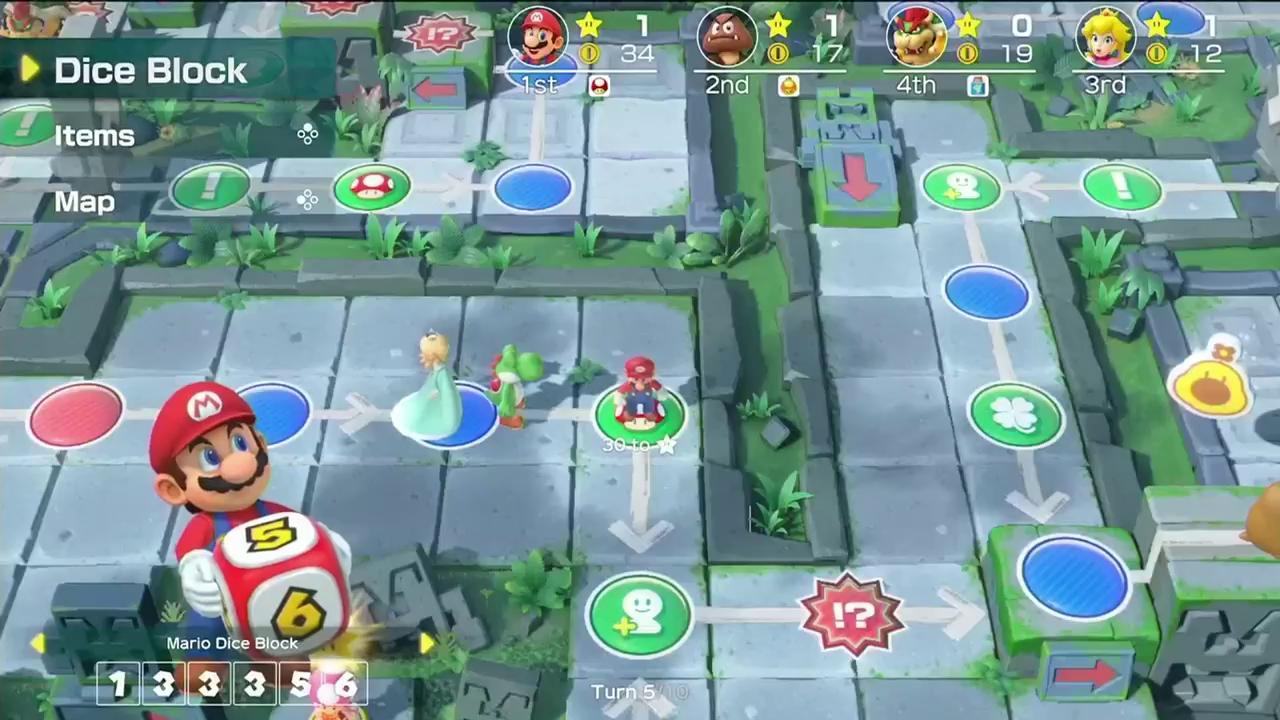 Super Mario Party appears to be aiming for a similar crowd that blew up with the launch of the Nintendo Wii. A crowd that can just pick up the Joy-Con and dive right in, regardless of their skill level, or whether they’ve even played a video game since the smothering Wii Sports phenomenon. Unlike that title, however, Super Mario Party is painted with a slick, charismatic sheen, featuring a bevy of great Nintendo characters, fun sounds and voices and large, colourful visuals.

An important element to the success of this latest entry will be some of the new and returning modes, such as the setup-changing “Toad’s Rec Room” and, of course, the classic board game adventure, “Party Mode”. But, provided these modes all meet Mario-thon’s blueprint of keeping things fast, funny and addictive, then Super Mario Party looks set to become a hit, whether bust out during obnoxious family get-togethers, lengthy train journeys, or trendy hipster parties. Just remember my invite. I get so lonely.