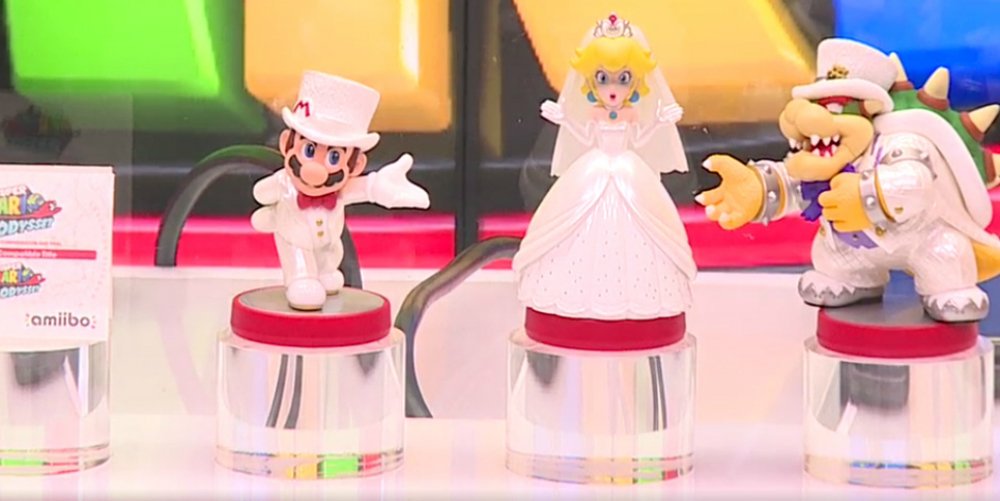 Presumably arriving with the game

These gorgeous “wedding themed” amiibo are going to arrive around the same time as Super Mario Odyssey, which now has an October release date.

Revealed by way of the Treehouse stream after their E3 Spotlight, the game’s producer stated that by tapping them to the Switch they’ll grant “costumes and an assist function,” but declined to comment further.

In all that makes for seven (nine) (eleven) amiibo (nope, 13 and counting!) confirmed today at E3. Need a full up to date checklist for all things amiibo? We have you covered.