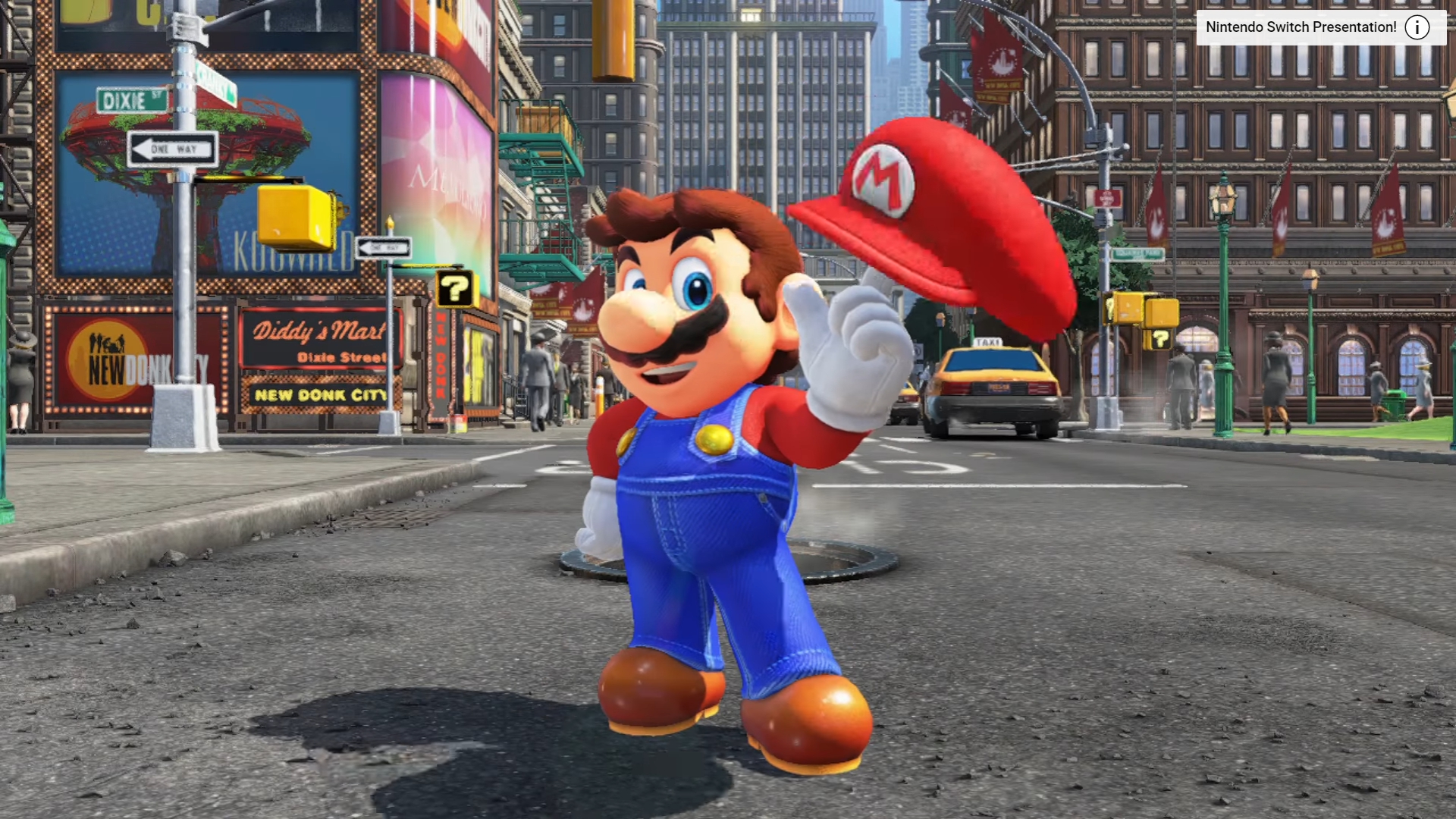 When was the last time he was in New York?

Mario has been to such strange and fantastic places over his lifetime, it’s ironically strange to see him hopping around a regular-ass city. At the very least, his hopping is augmented by his new physics-defying hat. He can throw it and jump off it in mid-air. Oh, and the hat has googly eyes. (Taking a page out of 1998 Rare’s book?)

There are some appropriately wacky places for Mario in Super Mario Odyssey too. The brief trailer shown at today’s Switch event showed off a sherbet-colored world, an area with larger-than-life foodstuffs, and a place where Peach and Bowser have some sort of stage show playing. It might be called New Donk City, which is amazing.