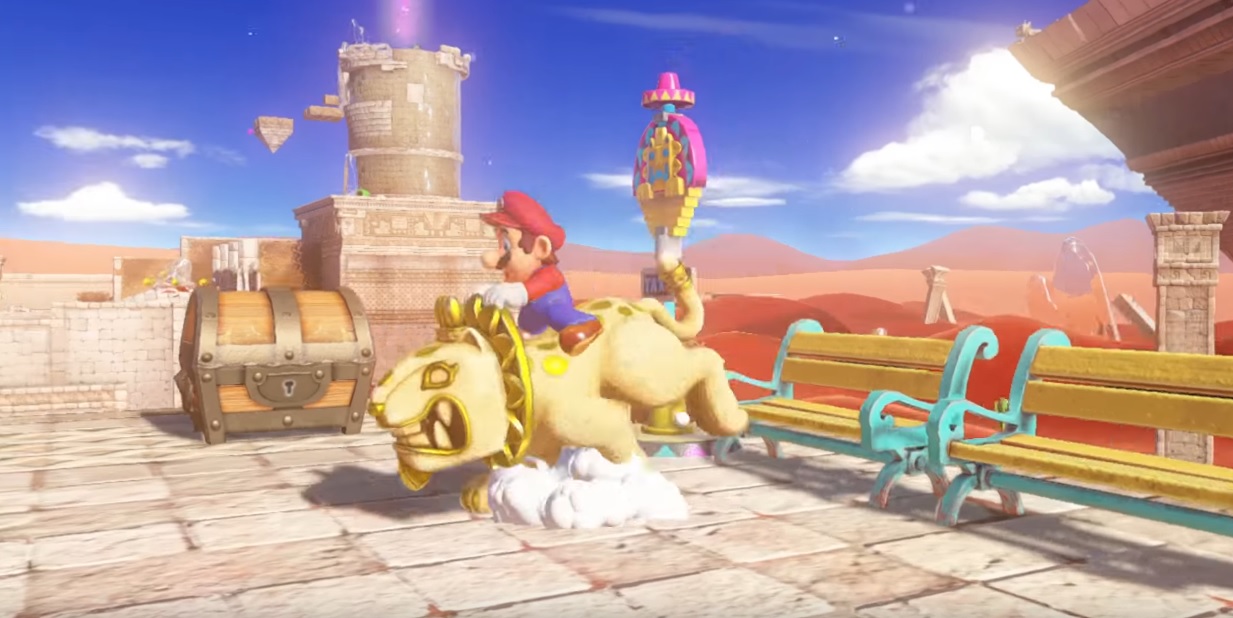 Have you watched the Super Mario Odyssey trailer yet? It’s weird, right? It starts off with Mario jumping around what looks to be a New York City inspired environment right out of Sonic, until it starts giving us some standard 3D platformer scenes. The thing is, they look at lot more detailed than pretty much every 3D platformer before it, especially that forest! I’m getting Banjo Kazooie vibes from that place in particular.

Either way, a lot of other people watched it, as it’s now the most-viewed game ever on Nintendo’s YouTube channel, surpassing Breath of the Wild‘s 11.1 million views with its own 11.2 million. It’s well deserved as Nintendo showed off a lot of footage, maybe even too much. Too bad it’s coming in “holiday 2017.”

Maybe we’ll get a four-player 3D World in the next few years as a follow-up?