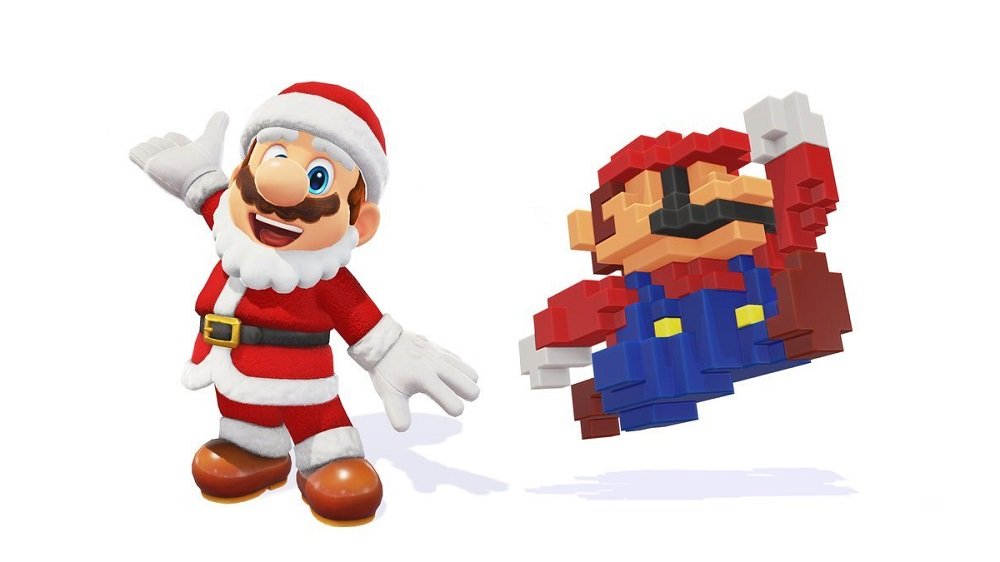 Nintendo has dropped a fun little treat in with its 1.2.0 update to best-selling Switch adventure Super Mario Odyssey. Two new costumes are now available from the in-game Crazy Cap store once players have completed the story.

The first is a festive Santa outfit, which can be purchased for 1,500 coins – 1,000 for the suit and 500 for the hat. This gear will get the heroic plumber (Is he still a plumber? where do we stand on this at the moment?) in gear for the upcoming winter holidays.

The second costume turns the finely-rendered protagonist into his former blocky, 8-bit rendition, as seen in earlier Super Mario titles and previously immortalised as one of the more painful-looking looking amiibo. 8-bit Mario will set you back a little more, costing a princely 9,999 coins.