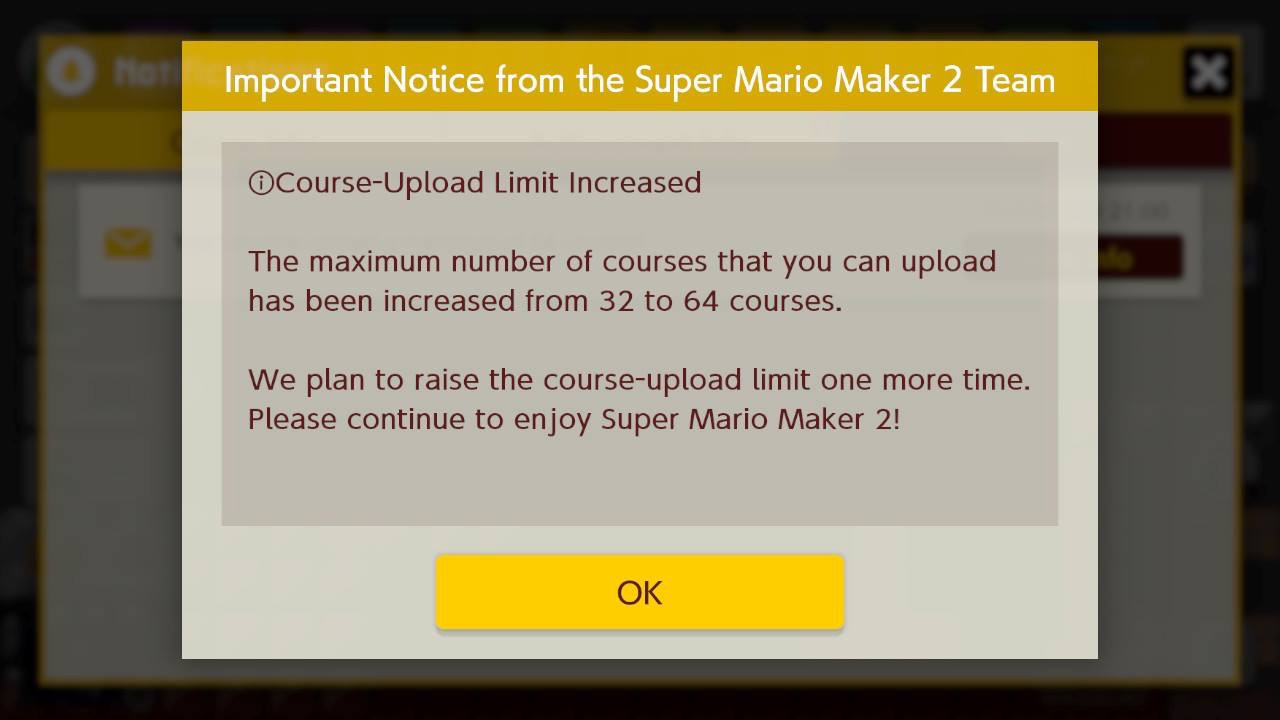 For the creators out there

Nintendo has some work ahead of them for Super Mario Maker 2 (I’m very much thinking of the post-launch friend update), but for now, we feast on an increased course load cap.

After booting up my copy this morning I was greeted with a new notification under the “news” heading. Answering the call of fans who wanted more upload space, Nintendo has increased the limit of 32 courses to 64 as of this week. The good news, if you’re a course-uploading fiend and need even more room to express yourself, is that Nintendo says it is going to “raise the course upload limit one more time.” No time frame was given for this future update.

There’s been a ton of great courses on the market already (though they are generally hard to find, hopefully a future update is a better in-game curation system), so this should give folks who are already on a roll more leeway. I’m thinking of people who re-create entire Mario games specifically here.