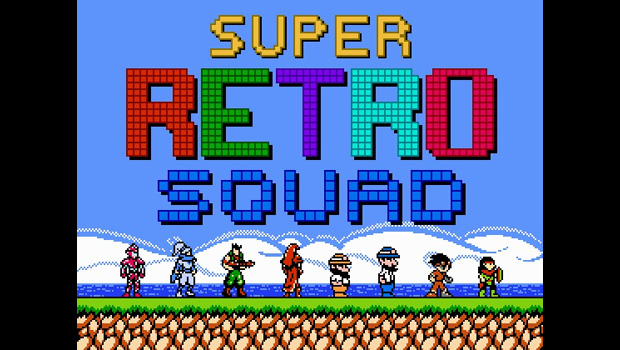 Super Mario Bros. Crossover is an amazing game that allows you to play through the original Super Mario Bros. with one of several NES heroes, such as Mega Man, Simon Belmont, Samus, Ryu Hayabusa, and others. As fun as it is, its nature doesn’t leave developer Exploding Rabbit many options for making money.

To that end, Exploding Rabbit is working on an original title called Super Retro Squad, using the knowledge gleaned from Super Mario Bros. Crossover. In a way, Super Retro Squad will be sort of like a re-skinned version of Super Mario Bros. Crossover, featuring characters directly inspired by their NES counterparts. It’s not a straight-up copy, though, as the characters will have additional abilities that can be upgraded, music and art will be wholly original, and so on.

To ensure that Super Retro Squad is a success, Exploding Rabbit is asking fans to donate to a Kickstarter fund. With just shy of a month left, the team is already nearly halfway to its $10,000 goal. The game will appear on PC, Mac, and Linux machines, with the possibility of expansion to Apple and Android devices down the road.

We already know these guys can make a solid game, so there’s no harm in giving ’em a leg up for what’s sure to be another fun piece of software.