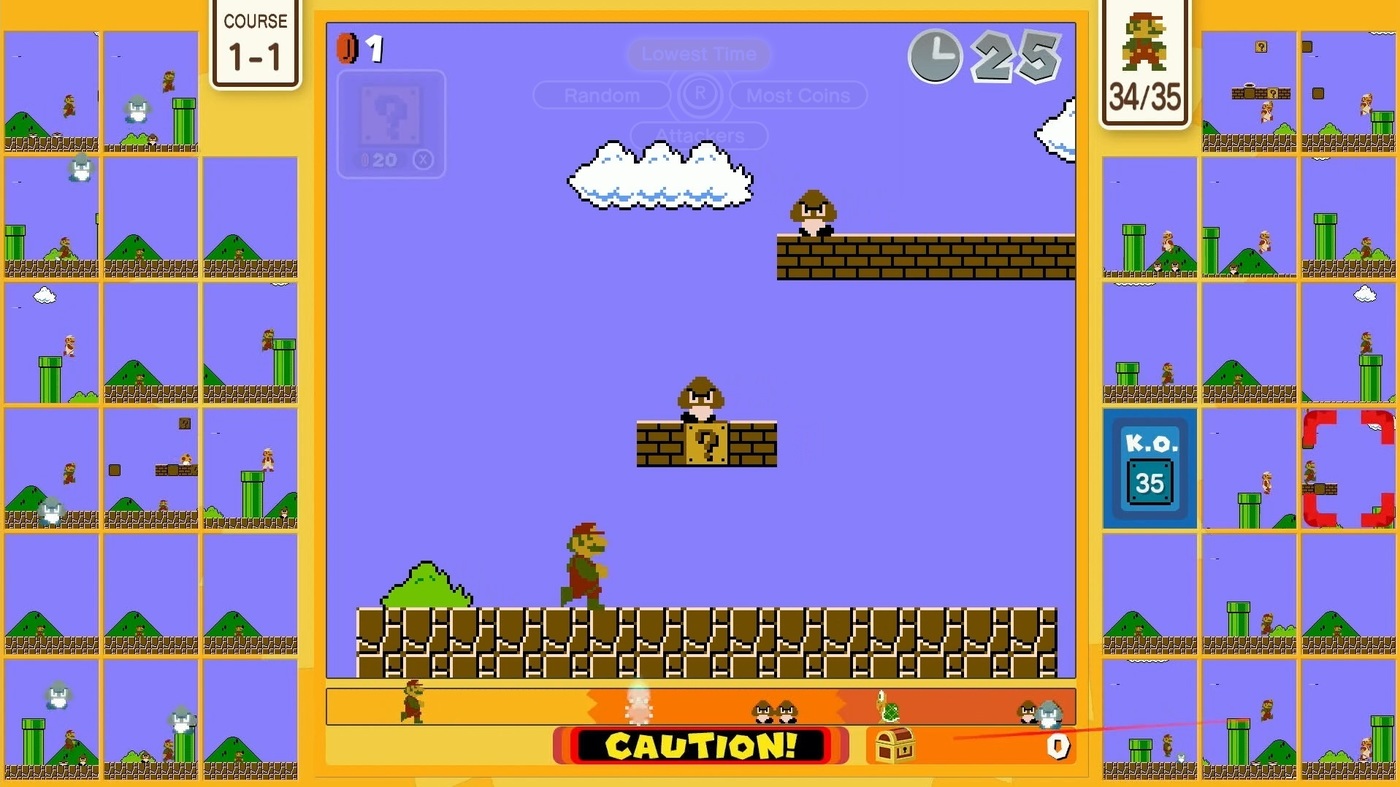 Super Mario Bros. 35 is out now for all Switch Online subscribers, and I highly recommend you give it a try.

It’s a perfect random weekend game, given that the stakes are generally low round-to-round and if you don’t like it, you can move on to something else. There’s definitely room for improvement, but for now, Nintendo is working on fixing some bugs with its first patch (1.0.1).

The patch notes are extremely simple: three issues have been fixed, one of which essentially equates to the good old “stability” patches Nintendo is known for. The other two specifically address problems like enemies flooding the screen without Mario having to move forward, as well as bugs with player icons not showing up.

However, there is no mention of fixing players who have potentially hacked the game, who have been sporting 99,999 coins in matches (allowing them to stand still and spam the item roulette to tackle any situation). Hopefully Nintendo is able to address that issue soon enough.