Note Worthy 022: Soundtracks you should be listening to!

Coming to the end of the year, there’s always a lot of great game music releases planned. Top honors go to Super Mario 3D World, and there are so many reasons why that you’ll read about here in a second.

We’ve got reviews of a lot of other great soundtracks as well, including the recent re-release of the Castlevania: Lords of Shadow soundtrack, and finally a release for Castlevania: Lords of Shadow – Mirror of Fate, but also an amazing Sonic the Hedgehog album, Club Needlemouse, a BlizzCon exclusive StarCraft II CD, a Mega Man 25th anniversary project, and much more.

As always, enjoy some streaming music courtesy of the Destructoid SoundCloud account and Bandcamp. 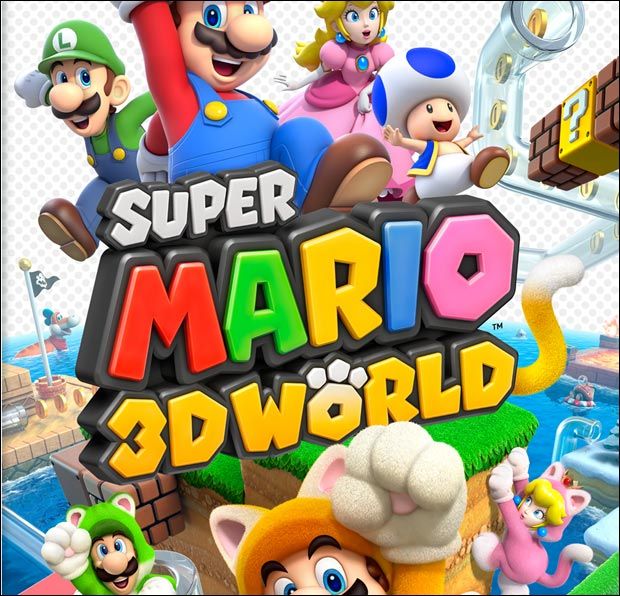 I’ll say that Mahito Yokota and Koji Kondo (interviewed here) had a lot to live up to after their work on Super Mario Galaxy. Fortunately, they’ve brought together the best of both worlds, both in terms of a big orchestral sound and the traditional Mario big band jazz that’s been missing for so long.

Every bit of this soundtrack is a love note to fans, from the arrangement of the character select screen from Super Mario Bros. 2, to the Super Mario Bros. 3 death jingle (I almost wanted to die just to hear it), to tons of references to past Mario titles that I won’t spoil here.

In terms of the new, there’s the infectious theme that everyone has heard in trailers, tons of catchy overworld tracks (disco meets brass for one of the final stages? Yes please!), epic orchestral for the castle stages, a great Christmas-esque snow theme, a beautiful yet spooky ghost house theme, some smooth jazz (very good!) for the beach, some fun woodwind-meets-funk bass, more disco, more funk, cool synths, traditional Japanese sounds… it goes on and on. It’s all amazingly well produced, and the cheesy game-y synth sounds that Nintendo is apt to use are used tastefully in this game.

This soundtrack looks to be a Club Nintendo exclusive in Japan. That means I’ll pay $50+ to gouging importers because it’s that good. Get ready for a beautiful aural experience (I didn’t even mention the sound design… underwater effects are awesome!), and watch for our review in the coming days!

I admit the Lords of Shadow soundtrack isn’t as sexy as the gothic rock scores of Castlevania’s past (interesting article on the contrast here). However, it’s found favor for fans with its highly emotional orchestral score that still emphasizes melody and atmosphere. Back when the game was released, the limited edition contained a soundtrack disc with about 20 tracks, but to celebrate Halloween last month, Sumthing Else Music Works released the Director’s Cut version with a whopping 42 tracks.

My favorites from the original, including the foreboding “Dead Bog,” the beautiful “Waterfalls of Agharta,” and the defiant “Belmont’s Theme,” still stand out, but in terms of new material, the powerful “Underground Cave” is a track I was always hoping to see released, as well as short but sweet “Forest Dream” and melancholy “Into Darkness.”

I loved the Lords of Shadow soundtrack, and this is the definitive version. Check it out.

If you ever loved Sonic music (not the cheesy rock stuff), download this now!

This is one half of the officially sanctioned Mega Man 25th anniversary fan arrangement albums (the other is here). Mega Man Rocks focuses on game music cover bands/artists, and it’s a vocal-heavy affair. That actually had me a bit worried at first, but the vocal work here is quite tastefully done.

Acts include ARMCANNON, Mega Ran, The Megas, The Protomen, X-Hunters, and Bit Brigade (yes, it looks like a MAGFest lineup). Everyone does a fantastic job, and I have to say that after hearing many of these acts live and not being overly impressed, their studio efforts are a whole lot more enjoyable. Your favorite tracks are probably going to depend on your musical preferences and the source tracks, but ARMCANNON and Mega Ran do a lot in the way of interpretation and The Protomen are incredibly… dreamy? I wouldn’t think twice if I heard them on the radio.

Check it out if you’re a Mega Man fan.

I am super happy that Konami has finally decided to release this soundtrack. Oscar Araujo had a daunting task reimaging the musical soundscape of Castlevania with Lords of Shadow, and after doing a fantastic job, I was looking forward to hearing the score for Mirror of Fate.

The score is certainly subdued in a lot of ways. The theme is a bit unassuming, and the tail end of the album is packed with most of the heavier action cues, which are rather terrifying. I really love the emotional and rich “Gabriel’s Farewell,” which is probably my favorite track here, although the ethereal bell tone-laden “Library,” tumultuous “Succubus” (love the deep brass bass), and moving “Carousel” are also highlights.

I’m with you in not really knowing what this is. Doing a little research on Wikipedia, the anime series is about elementary school kids and futuristic “A.I. cars,” and this album features music from the subsequent games on arcade and 3DS by Naoki Sato.

It’s a shame that the franchise this is attached to is so obscure, because the music is quite good. In typical anime fashion, you have high production values and some great composition covering rock, orchestral, ballads and more across two discs. There are a few moments that will make you look up and take note of what you’re listening to, but the fact that likely nobody reading this will have played the games, you probably won’t find yourself connecting with the album.

Here’s one that’s been on my desk for way too long. That’s probably because I’m not really a fan of the series and haven’t been impressed with past efforts in terms of music. However, I’m surprised that this is my favorite Sengoku BASARA soundtrack that I’ve heard, bringing together the usual rock, electronic, and orchestral fusion with some really catchy results.

The foreboding traditional Japanese and rock in “The End of the Beginning,” chugging “Burning Soul,” an awesome brass and piano-infused rock track, “Lamentation,” the contemplative “Contest the Differences” and “Full Throttle,” the gritty and funky “Now to the Fated Battle,” the classical-inspired “Ravaging Red” (probably my favorite), and the octave-jumping and energetic “CHRONICLE HEROES” are all fantastic.

Check this one out if you like traditional Japanese-flavored rock at its best!

We had an awesome feature on StarCraft II: Heart of the Swam’s OST, and I loved the soundtrack was it was released. I was therefore very excited that they decided to release more music from the game in the form of an exclusive CD at BlizzCon this year.

While Heart of the Swarm and therefore Volume I of the OST focused on the Zerg, featuring evolving soundscapes that were a lot of fun to listen to, this disc captures the Terran perspective, incorporating more orchestral and rock. There’s emotion in tracks like “Worlds Will Burn,” some rockin’ and funkin’ Terran in “Kaldir,” and the patriotic march, “The Old Directorate.” It’s nice to see the other side, but I was hoping for more textural Zerg themes.

Still, fans of StarCraft II: Heart of the Swarm and its music should try to track this album down. It features amazing composition and production values, as always.

While Descendants of Erdrick have been one of my favorite acts at past MAGFest events, I failed to notice the release of Thanks a Million, a fan-funded album that was released for free online after physical copies were sold out. How cool is that?

Now, I’ve never been a fan of medleys because you don’t really get to savor that one track you’re looking to hear, but this band does them so well, I can’t help but love them. I think it’s the flute added to the rock ensemble that makes their sound so unique… plus any band that does Ninja Gaiden (the NES ones!) deserves major props. What you like will probably depend on what you’re nostalgic for, but the Sonic II, Double Dragon, and Zelda II medleys are all fantastic.

No reason not to pick this up. Watch for them at future MAGFests!

Before you write this off as “never heard of it, don’t care,” take a moment to check out this fantastic JRPG-style soundtrack by composer Zach Parrish. There is nearly three and a half hours of music presented here, including pumping battle tracks, foreboding dungeon themes, and of course some emotional cues thrown in. It’s all wonderfully produced for an indie title. I particularly enjoy the more mellow tunes, including the dreamy “Once a Mine, Now a Shrine” and the sweet guitar and bell ballad, “The Heir of Valdis.”

I recommend streaming it on Bandcamp and picking it up if you like what you hear.